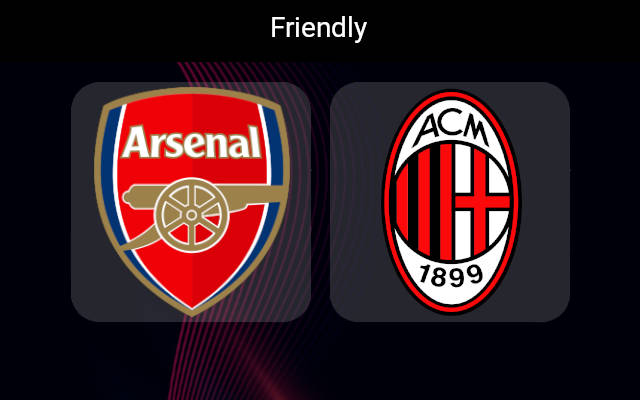 The Gunners stand tall in the battle for the Dubai Super Cup throne after an impressive showing in the 3-0 drubbing of Lyon five days ago.

Gabriel Magalhaes, Eddie Nketiah, and Fabio Vieira were all on target in the first half of a comprehensive victory on Thursday.

It was the fifth win in the last six games in all competitions (both competitive and non-competitive) for Mikel Arteta’s troops.

It is interesting to note that the Gunners have not conceded a single goal in any of these five victories in the process. Can they keep things quiet at the back here against the Italian powerhouse?

AC Milan climbed to the second position in the Serie A standings after a run of three wins and a draw in the last four outings across competitions.

They have also easily advanced to the last 16 round of the UEFA Champions League as AC Milan will face Tottenham Hotspur in the battle for the quarterfinal of the elite continental competition.

Nevertheless, this is only the first game of this winter break for I Rossoneri who will not have a competitive affair by the end of the year, unlike Arsenal.

AC Milan’s maiden competitive match is scheduled for January 4th when they travel to Salerno to take on Salernitana.

Both teams will miss key players (still out due to the World Cup break) but we have reasons to back Arsenal based on everything we have seen from Arteta’s men in the first half of the clash against Lyon on Thursday.