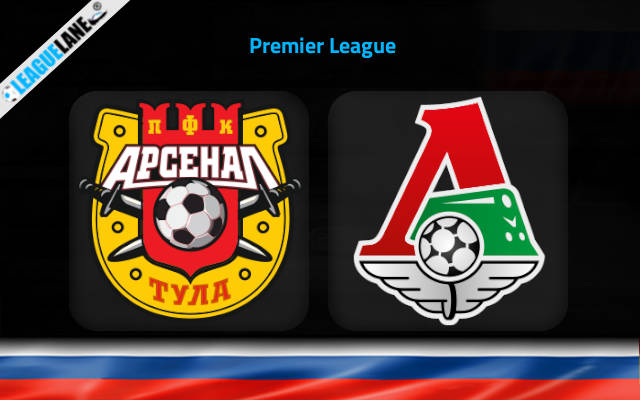 With 12 points difference, the 4th and 14th positioned teams are set to clash in their 16 match. Having lost the previous match, both the teams are set to turn things around as they meet at Stadion Arsenal this Monday.

The home team sits at the 14th spot having only 13 points in playing 15 matches. They lost more than half the matches they played resulting at 8 while they won 3 drew 4.

From the last 5 matches they lost 3 of them against FK Rostov, Sochi and Dyn. Moscow. Their ‘goals for’ figure equals just 4 vs opposition teams over their previous 6 matches. They have also seen number of goals scored against them come to 12.

Visitors acquire the 4th spot having 25 points in hand. Of the 15 games played, they won 6 and drawn 7. They have only lost 2 games in the season against Akhmat Grozny and FK Rostov.

They have seen success in front of goal leading up to this encounter, scoring 7 goals in their previous 6 matches. They also have their own issues at the back, also conceding in 6 of those same outings.

The away team is at the zone of Europa Conference League while the hosts reside at the zone of relegation. Arsenal Tula is in poor home form while Lokomotiv Moskva are performing very good at away schedules.

We are backing up the visitors because of their current form and the hosts may find it difficult to breach their defense. A possible clean sheet can also occur this Monday.