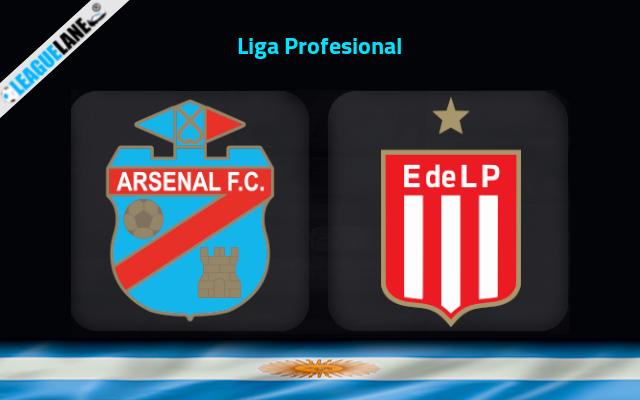 Arsenal Sarandi have been going through an average form of late. They have succeeded in recording unbeaten outcomes mostly in their past 10 outings across all competitions. But the often outcome recorded in those were a draw.

Arsenal Sarandi followes the above and recorded the same this Liga Profesional fixtures too. But the winless count extended to five games for them and when entering the sixth at home, they will be desperate to end their current slump caused by four draws and a defeat.

Meanwhile, Estudiantes have been following an average form lately. They have recorded enough of positive displays to state the chances of their display competitive in the upcoming outings. Out of the past 10 outings across all competitions, Estudiantes recorded seven unbeaten outcomes.

However, Estudiantes recorded a positive consistency in recording unbeaten outcomes this season in the beginning. It wasn’t the same further as they lost couple of late in a row. They lost to Newells Old Boys at home and Independiente on road.

This will be the third home outing for Arsenal Sarandi this season. They have recorded back to back draws and remains both winless and unbeaten here.

On the other side, Estudiantes won and lost one apiece of their two on road outings so far this season. The most recent fixture was the negative outcome for them.

We can see Estudiantes winless in four when looking at their past six head to head meetings with Arsenal Sarandi possessing the home benefit. Analyzing all the above stats, we are in favour of backing the home side to seal a win.