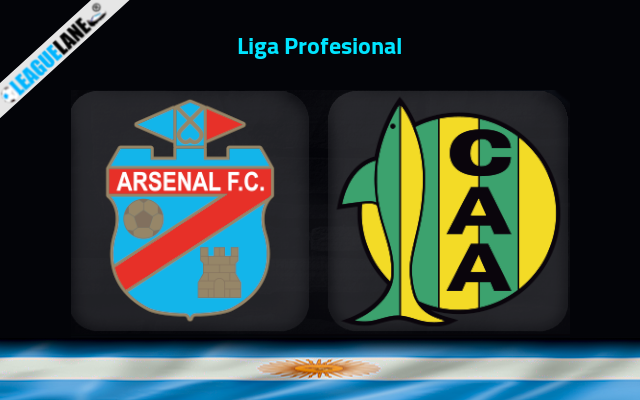 Arsenal Sarandi are placed in the 22nd place of the Argentine top flight and it is majorly due to their consistent unbeaten performances at home.

At this venue, they had evaded a defeat in all the fixtures, disregarding a 0-3 defeat against Rosario in this season.

Their immediate objective would be to make a push to get into one of the top tier spots. It seems that they have a great opportunity to pave their way from the next fixture.

They are pitted against one of the worst teams in the league, Aldosivi. Not only are they second last in the table but they are also the only team in the whole tournament to leak a total of 30 goals.

Going on, they have a 100 percentage winless record on the road barring a single fixture.

By the looks of things, it is expected that Arsenal Sarandi will post the 3 points on the board this Sunday.

Aldosivi were winless in 9 of their past 10 road trips and they have won a total of just once in the process. Do also note that they lost 6 of their previous 10 away fixtures leaking 2 or more goals.

On the other hand, Arsenal Sarandi were unbeaten in 9 of their past 10 home fixtures and have just lost once in the process. Do also note that they are currently on a 4-fixture unbeaten streak in front of the home crowd.

Taking into account these observations, expect a victory for Arsenal Sarandi on Monday.