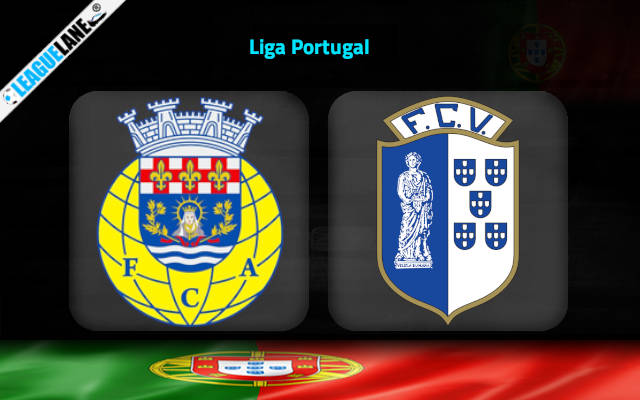 Vizela drew in 7 of 12 league games this season. Eight of the last nine matches they played in all competitions ended with fewer than three goals scored. Arouca did nothing in the final third to cause damage to the likes of Santa Clara last weekend. We are going for a low-scoring draw here.

Two promoted sides Arouca and Vizela are set to battle it out for the first time ever in the elite class of Portuguese football.

They will come across each other in the last game of the Matchday No 14 on Monday evening at Estadio Municipal de Arouca.

The hosts have been somewhat better so far in the season and they will come into the tie as slight favorites.

However, Arouca offered one of the weakest displays of the campaign last weekend when they fell 2-1 away at strugglers Santa Clara in the previous round.

It was the first defeat in the last four league games for Armando Evangelista’s troops who will want to bounce back right away against another struggling side Vizela.

However, Vizela did show signs of improvements of late. They went three straight outings without a defeat across competitions before falling 4-1 away at Sporting Braga last time out.

It is worth noting that the visitors have managed just a single victory since the beginning of the season, though.

On the other side, they did lose no more than four matches, which makes the draw a standout betting pick here.

Tips for Arouca vs Vizela