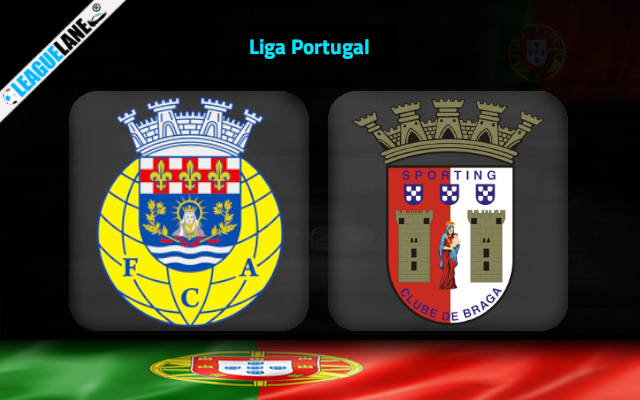 After losing the opening day’s fixture to Benfica, Arouca made it two consecutive games without a defeat at the start of the 2022/23 Liga Portugal campaign.

Two wins in the previous two rounds helped them to climb up to the seventh spot in the league standings. The latest success came six days ago when Arouca saw off Santa Clara 1-2 on the road.

Meanwhile, Braga have started their new season with a 3-3 draw. They displayed their offensive potential in that game. Going on, they won another two and are having a streak of three unbeaten games at the moment.

The team can be thrilled with the performances of their offensive line at the start of the season. They have scored three or more goals in all the three appearances they had this campaign.

Thus, Braga will be looking forward to maintain the impressive start at the beginning of the season.

By the looks of things, expect an interesting affair at Estadio Municipal de Arouca on Sunday when Arouca play host to Braga in a Liga Portugal fixture.

The visitors are on a four-game unbeaten run at the moment and had won eight of the past 10 overall fixtures. Most importantly, they have lost just thrice in the previous 12 away appearances.

Meanwhile, had only won four of the past 10 home outings, and they had failed to score in two of the previous three.

On top of that, Braga have a superb head to head record against Arouca over the years.

Judging all these observations, we are about to witness a victory for Braga this weekend.