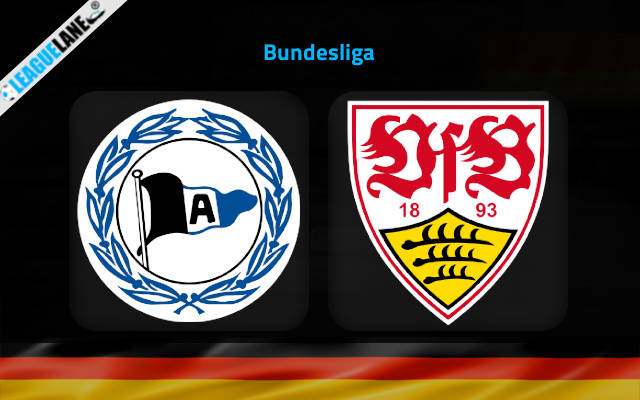 Bielefeld are one of the weakest teams in the German top flight at the moment, and they are on a long losing streak. They have managed to post just five wins all through the campaign, and have also scored the least number of goals.

They have just seven fixtures remaining, and by the time the season comes to an end, they need to climb over the relegation cut-off. And it is going to be really hard to pull off.

Meanwhile, Stuttgart are hanging by a thread over the relegation cut-off. In fact, they are level on points with the 16th placed Hertha, and a slight rearrangement in the bottom-most tier could put them in the queue for the lower division.

As such, Stuttgart as well as Bielefeld are direct competitors for a safe spot in the table, and as such, this upcoming fixture is going to be a virtual final.

Whoever wins this game will have gained a massive advantage in the relegation dogfight, and it looks like hosts Arminia will be the underdogs – owing to their poor form.

Bielefeld lost 4-0 on the road the last match-day, against Mainz. They had scored a total of just one goal from their past four fixtures, and they had also lost these four games.

Do also note that they have won just twice at this venue in the past 12-month period.

On the other hand, Stuttgart won 3-2 at home the past game week, against Augsburg. They are on a three-fixture unbeaten run, and they had scored three or more goals in two of their past three fixtures.

Considering recent form of both teams, expect a win for Stuttgart. And since this is a fight for survival between two relegation-threatened squads, expect goals in plenty as well.