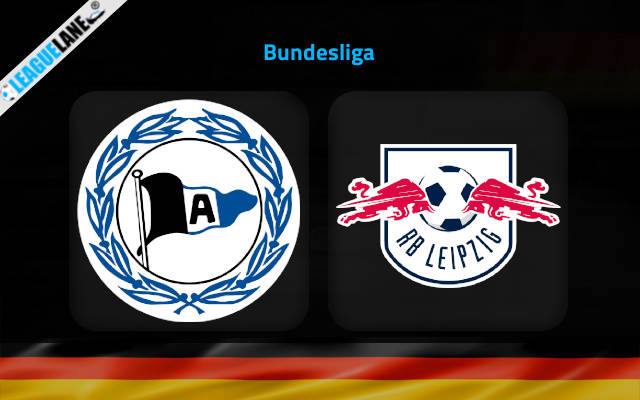 Arminia Bielefeld missed their last train in the battle for avoiding relegation last Friday when they fell 2-1 away at Bochum.

Marco Kostmann’s troops went all out attack in the final minutes of the affair in an attempt to snatch a precious three-pointer but only to be punished with the 89th-minuite own goal which resulted in a 2-1 defeat at Vonovia Ruhrstadion.

Arminia Bielefeld are now three points below Stuttgart who hold the relegation playoffs position. Nevertheless, since the hosts have a weaker goal difference by seven goals against Die Schwaben, they clearly need a miracle to happen in the last round to prevent the drop to 2. Bundesliga football next year.

To make things worse, Arminia Bielefeld will play host to RB Leipzig on the final day of the season on Saturday afternoon at SchucoArena.

The visitors broke back into thje top-four in the Bundesliga ladder thanks to a 4-0 thumping of Augsburg last weekend at Red Bull Arena.

They thus took advantage of Freiburg’s home loss to Union Berlin and they now have a clear situation ahead of the final day fixtures.

A win on Saturday at SchucoArena are RB Leipzig are in the UEFA Champions League next season. We sincerely doubt Domenico Tedesco’s troops will fail to get the job done here considering the obvious gulf in quality between these two teams.

Arminia Bielefeld did not deserve to stay in the elite tier of German football after losing eight and drawing two of the last ten Bundesliga matches.

We see RB Leipzig as huge favorites here and we would be shocked by anything other than a comprehensive victory for the visitors on Saturday at SchucoArena.