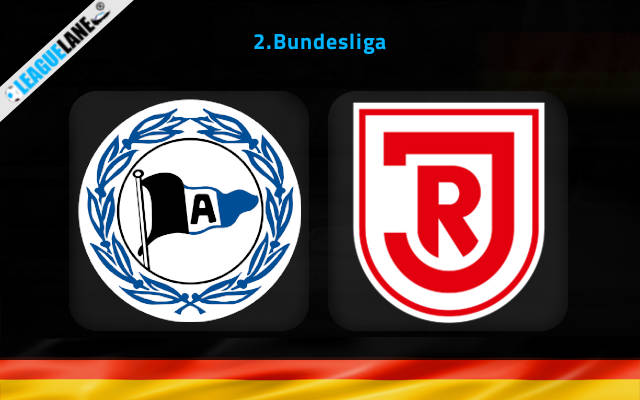 Arminia Bielefeld were having a disappointing form throughout the past Bundesliga season. They failed to maintain their spot in the next top division run as their positioning inside the red zone shifted them to the second division.

Meanwhile, the past 2.Bundesliga season wasn’t that impressive for Jahn Regensburg. They had a dreadful run throughout the season. As a result, they were pushed down to the verge of the relegation picture escaping it with the difference of just a position on the table.

Bielefeld have played some friendly outings against outfits in the topflight of different competitions lately. They have succeeded in converting most of them into positive outcomes. The above outcomes with the desperation of returning back to the first division will boost them with some spirits.

However, they had a winless negative start to this season. They lost 2-1 on the road to Sandhausen in their most recent league fixture. The home advantage will be their main key in having some spirits prior to this fixture. They won against PSV and Olympiacos at home scoring goals at a good rate lately.

On the other side, Jahn Regensburg ended up the past season with a thread of seven winless games. Outfits like Dynamo Dresden, Aue and Ingolstadt saved Regensburg from getting relegated by recording much dreadful displays than that of Regensburg’s.

Anyways, they have ended up that streak by recording a 2-0 win against Darmstadt at home in the opening league fixture this season. But that won’t help them to cover their 8 game winless form on road at present.

Considering all the above stats, we are left to back Arminia Bielefeld to seal a win against this Jahn Regensburg on Sunday.