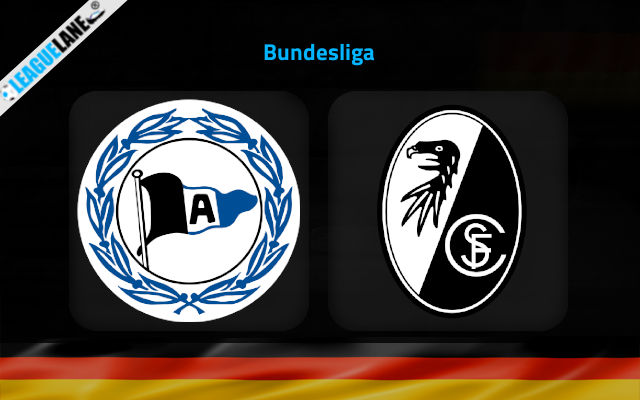 Last season was a true rollercoaster ride for Arminia Bielefeld. The team got off to a fabulous start clinching four points from the opening two rounds, but a run of nine defeats in the following ten outings quickly turned the fortunes around for Uwe Neuhaus and his troops.

Neuhaus eventually have his place to Frank Kramer who proved out to be Bielefeld’s savior, leading the team to four wins, five draws, and only three defeats in the final twelve games of the campaign.

It will be very interesting to see how the team will begin the new season (in which they have the same ambitions) under Kramer.

Die Blauen were pretty impressive in the final third in the last weekend’s 3-6 drubbing of SpVgg Bayreuth in the opening round of the DFB Pokal.

Fabian Klos and newcomers Bryan Lasme (came from Sochaux this summer) were particularly inspired on the occasion and we expect them to be the main threat to Freiburg’s goal on Saturday.

The visitors did not change their squad much in between the two seasons. To be fair, they did not have a reason to after finishing the previous Bundesliga term miles away from the relegation scrap (10th place).

We don’t see a true favorite here. The visitors were capable of keeping things tight defensively in the last two matches. They saw off Strasbourg 1-2 in a friendly before beating Wurzburger Kickers in the last weekend’s DFB Pokal tie (0-1).

This should be a close game where we can find the value in chasing the correct score bet. The 1-1 draw is priced up at the odds of 6.50.