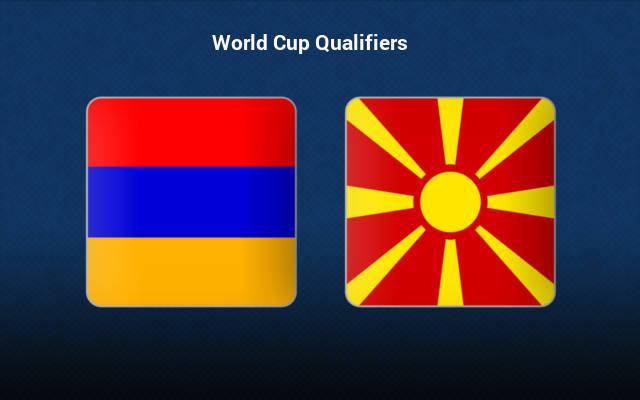 The top-most spot in Group J is now guaranteed for the Germans, while the second-place is still up for grabs. While a direct ticket is not on offer for the team which finished second, they are afforded another crack at the same with a second round of Qualifiers.

As of now, Romania are placed second, while both the Armenians and North Macedonians are trailing by a single point below them.

As such, this is a must-win fixture for both, and surely expect a fierce encounter. Do also anticipate goals in plenty from these two under-pressure squads.

Armenia lost 1-0 on the road the last match-day, against Romania. They are also on a seven-fixture winless streak, and are under pressure to secure a win this Thursday at any cost.

They have just two fixtures remaining in this qualification round including this upcoming game. And their final match-up is against four-time World Champions Germany – which in all probability they will lose.

That leaves their game at the Republican Stadium, this Thursday, from which they have to secure the three points no matter what.

On the other hand, North Macedonia will be motivated for this same reason. Should they win this upcoming match-up, a third-place finish is almost a given. And the remaining worry is only Romania.

And with just a one-point lead, if Romania slips up anywhere, they are out of the race.

As such, we have a must-win game at the Republican Stadium this Thursday, and both teams are under intense pressure.

Surely expect a competitive match-up, and goals from either side of the pitch.

Tips for Armenia vs North Macedonia