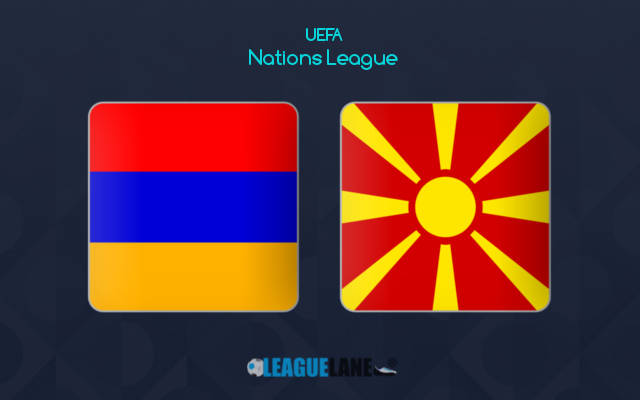 Armenia is trailing behind the visitors in the table as it stands with 8 points picked up from 2 wins and 2 draws in their 5 clashes. They will host on the back of a 1-2 win on the road against the likes of Georgia last time out in the UNL schedule.

North Macedonia is leading the table and their unbeaten run in the campaign with 2 wins and 3 draws so far this season has kept them at that position. Both their wins came on the road, and even a draw will see them to the promotion. They will visit after a 2-1 win at home against Estonia in the UNL.

Armenia has been unbeaten for the past four UNL matches and has suffered only one defeat this season in the opening match. Adversely, that defeat came against North Macedonia in their visit. The host enjoys the ground advantage in the game now, and will probably have a slight edge over the opponents.

Macedonia has lost none of their clashes in the UNL so far and has also won their last outing in the campaign against the likes of Georgia in the schedule. Even though they have a shaky defense on the road, they are capable of making it back and getting something out of the game.

The double chance favoring Armenia will probably be the best bet for the punters regarding their ground advantage and h2h history at home. Furthermore, four of their five UNL clashes for both teams have seen a BTTS in each. So, the tip for BTTS and over 1.5 goals will come in handy for the ninety minutes.