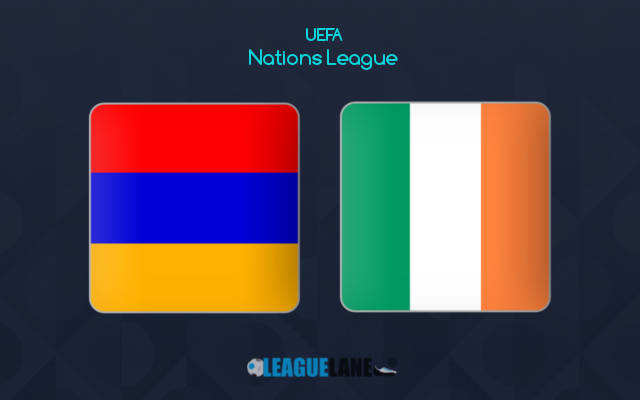 Ireland have not had a good few months lately. They failed to qualify for the upcoming World Cup despite the best of their efforts and their form has been completely worrisome lately.

They are letting in goals in huge numbers and have also gone through losing streaks during the period. It also needs to be mentioned that they have struggled quite a lot in road games as well.

They had finished 3rd in their group in the World Cup qualifiers and all through the campaign they could manage a total of just 2 wins. And these 2 wins had come against the bottom-most placed two squads.

They should also consider themselves lucky to have avoided relegation in the previous edition of the Nations League.

They were part of League B and had a surplus of just one point over the dead-last placed Bulgaria in the group. In fact, all through the competition they could post a total of just 3 points on the board.

Still, they are ranked considerably higher by FIFA, ahead of their counterparts for the day, and they also have a good head to head record against his opponent over the years.

For the reason they are expected to find the back of the net at least once this Saturday.

Meanwhile, the Armenians are high on confidence after securing promotion from League C in the previous edition of the Nations League. They will try to start a positive campaign in League B right away.

Do also count on them to slot in at least one goal this weekend.

The Armenians were unbeaten in 7 of their past 9 appearances at home and had also gone on a 3-fixture winning streak in the process. And of the 2 losses during this stretch, one had come against 4-time world champions Germany.

On the other hand, the Irish are on an 8-fixture unbeaten run, and they had scored 2 or more goals in 4 of their past 6 games. Note that they were also unbeaten in 5 of their past 6 road trips.

In addition, they have a good head-to-head record against this opponent as well.

For the reason expect a high-scoring affair this weekend.

Tips for Armenia vs Ireland