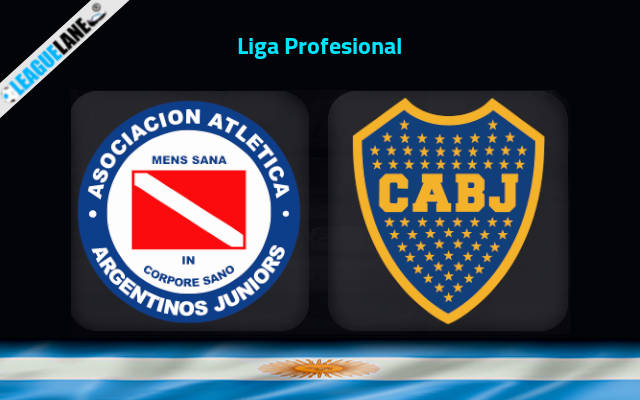 Gameweek 8 of Liga Profesional is set for this weekend as Argentinos Juniors play host to Boca Juniors where both these sides differ by 4 points but are separated by 6 places. These two teams will be seen clashing at Estadio Diego Armando Maradona, this Wednesday.

Argentinos Juniors is at the 4th spot on the standing with 16 points from 8 games. They won 5 times in the league while drew once and lost on twice other occasions. Opposition defence will have to be at their best if they’re to stop the home side from scoring. The hosts have scored in all of their home matches in Liga Profesional.

The hosts will be hoping for more of the same after the 3-1 Superliga victory against Barracas Central. El Bicho have failed to prevent opponents from scoring in all of their previous 6 matches, leaking 6 goals along the way.

On the other side, Boca Juniors resides at the 11th position on the table with 12 points. Of the 8 matches played, they won and lost 4 games each. The visitors have seen netting frequently but they tend to concede the same which hints that some defensive adjustments is needed.

Boca Juniors will come into the clash following a 1-0 win as they beat Talleres in their last game. The attacking players from the visiting side had real problems scoring goals over their last 6 encounters, recording a poor return of just three.

Argentinos Juniors is one of the teams with the most wins in the tournament and are level on points with the table leaders Godoy Cruz. Incredible stuff is seen from the hosts at home, where they are currently unbeaten in Liga Profesional.

Meanwhile, Boca Juniors lost 2 of their last 3 away games in this competition. Previous matches between the two had averaged 2.13 goals while BTTS has happened 50% of the time.

Even though Boca Juniors are a strong opponent, the current form and home performance of the hosts remain outstanding. We therefore back the hosts to win this mid-week.