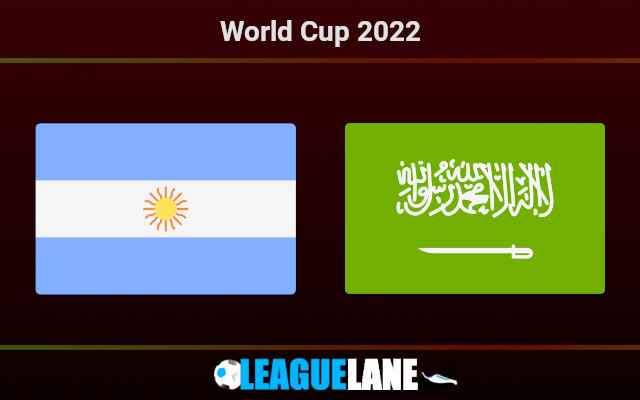 Argentina are expected to make a solid start to the World Cup campaign when they lock horns with Saudi Arabia on Tuesday.

Favorites to open World Cup campaign with a bang

Hardly any team in the competition can match Argentina’s form and consistency in recent years. Without doubt, they come into this competition as red hot favorites.

It has been over two years until their last defeat across all competitions and Lionel Scaloni has guided his team to 25 wins during that 35 match run. Copa America title and the first ever edition of Finalissima titles give them much needed confidence to go into a global tournament like this.

It is worth to note that Lionel Scaloni is the youngest manager at the 2022 FIFA World Cup at 44 years of age.

Lionel Messi will be the center of attraction in Qatar, the former Barcelona and now PSG star is getting ready for sixth straight World Cup appearance. Having won a silverware with the national team in 2019, he will be set to make amends for back to back terrible campaigns at the World Cup.

This is a sixth World Cup appearance for Saudi Arabia having made their debut at USA 1994. They surprisingly made it to the round of 16 in their debut campaign and as expected failed to negotiate the first hurdle in each of the next four group stage appearances.

It is worth noting that their 2-1 win against Egypt in the final group game of last edition is the first win since they defeated Belgium in June 1994, also marking an end of a long 12 match winless streak.

This time, they had an excellent qualifying campaign and finished top of the group ahead of Japan and Australia. However, this is a team whose consistency is always susceptible and often fail to make any impact at the global stage.

To make things worse, Saudi Arabia is grouped alongside the likes of Poland and Mexico. It will take a miraculous effort from the players to get anything out of these three matches.

We expect nothing less than a crushing win for Argentina with the team coming into the tournament in the best possible shape.

Saudi Arabia, known for playing some tight defensive football in the Asian zone could get their work cut by giving the majority of ball possession to a talented team like Argentina.

Lautaro Martinez is having a hot and cold season with Inter Milan in Serie A and Champions League this season. However, we are backing him to score anytime at the Lusail Iconic Stadium with plenty of chances on offer against a moderate team from Asia.