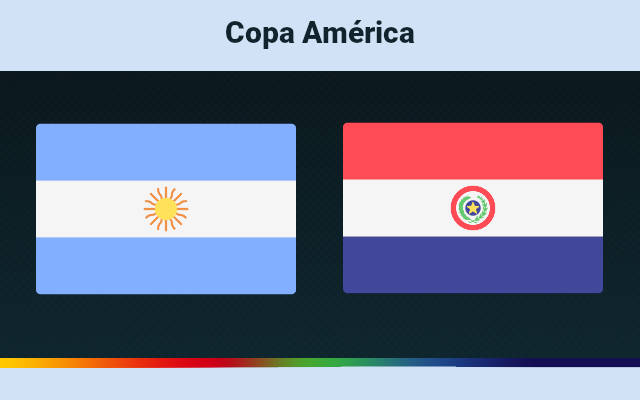 Having earned their first win of Copa America 2021, Argentina looks to shift gears when they meet Paraguay on Monday night.

Chances were far and few in the game against Uruguay, the goal from Real Betis defender Guido Rodriguez was enough to see them through the line. Having drawn 4 of the previous 5 games across all competitions, this is a welcome morale boosting result for Lionel Scaloni and team considering they have draws from winning positions in previous three games.

With the win, Argentina moved to the top of the table with 4 points, dismantling Paraguay whose first game of the competition was a 3-1 win against Bolivia.

Having gone behind after a penalty goal, Alejandro Romero and a pair of goals from Angel Romero featured in the comeback win for Paraguay against Bolivia.

The Guaranies have been playing some brilliant football in the past months and they come to this competition and dark horses. We also saw a shift from their traditional “defensive-team” and now they are as good as any fluid attacking South American team.

The teams met last in the World Cup qualifier in November and shared the spoils with a 1-1 draw. Both goals fell in the first 45 minutes of the game.

The previous was at the Copa America 2019 and we another 1-1 stalemate. Derlis Gonzalez missed a penalty which could have seen Paraguay snatching an unlikely win.

Yet, Argentina handed Paraguay one of their biggest defeat at Copa America in 2015. The full-time scoreline was 6-1.

The 1-0 win against Uruguay is Argentina’s first win after three consecutive draws.

Lionel Scaloni’s men are unbeaten since the restart of international football in October last year, though 4 of them are draws. They have now scored first in five consecutive games and a first-half goal in all those 8 games.

Paraguay lost just 1 of their last 7 matches since October and that was against Brazil. However, they managed to win only twice during the period with 4 games ending in stalemates.

The only other occasion that the Guaranies failed to score was in a goal-less draw away at Uruguay.

Argentina managed to take 4 points from the two difficult opponents in the group and on Monday they have the perfect chance to go one-step further with a win against Paraguay.

Converting chances remain a worry for Lionel Scanoli’s team, the team often rely on defenders and Messi to score majority of the goals.

If the Argentine strikers manage to find some form, we could see a big win on Monday, though I do see Paraguay as a team that could surprise bigger teams in the continent.