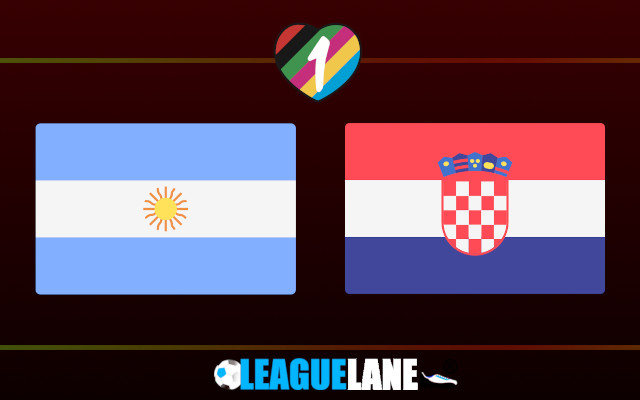 Argentina vs Croatia Predictions and Free Tips for the World Cup 2022 Semi Final on Tuesday, 13 December 2022 scheduled to kick-off at 19:00 UK/ 20:00 CET at Lusail Iconic Stadium in Qatar.

Argentina defeated Netherlands in the penalty shootout to reach the FIFA World Cup semi finals for a sixth time. They have never lost a game at this stage and will be hoping to make it to the finals and lift the trophy for the first time since 1986.

After the surprise exit of Brazil, Argentina remain as the hot favorites in this edition of the tournament. However, everything’s not alright with this Argentina team having invited trouble for a second time in the knockouts.

Australia came closer to spoil Messi’s night in the closing stages of the round of 16 when they were leading 2-0. But Netherlands with more quality in the attacking third made them pay from the same situation and stretch the game to extra time and then to uncertainty of penalty shootout. Thanks to the saves from Emiliano Martinez and excellent kicks from the spot to keep them in the competition.

Anyhow, effective game management must be in the tactical board of Lionel Scaloni as his team prepares to take on a familiar nemesis like Croatia.

Croatia are no Pushovers

Croatia just proved the whole world wrong by knocking the tournament favorites Brazil out from the competition.

The Selecao may be at fault for this as they pushed players forward in the final minutes of the extra time and left the defense open to give the Croatians that one chance to score the equalizer.

Dominik Livakovic was once again the star of the penalty shoot out by saving the first kick from Real Madrid youngster Rodrigo.

Penalty shootouts are a familiar territory for the Croats since they defeated Denmark, Russia and England in the 2018 edition. The only difference is Dominik Livakovic came in and replaced the veteran Danijel Subasic to do the hard work between the posts.

Croatia defeated Argentina 3-0 in the 2018 World Cup group stage at Russia. All three goals fell in the second half with Luka Modric in the scoresheet alongside Ante Rebic and Ivan Rakitic.

The only h2h meeting between the two was at the 1998 World Cup, Croatia’s inaugural appearance as an independent nation at the competition. Argentina bagged a narrow 1-0 win courtesy of a strike from defender Mauricio Pineda.

Argentina are bookies’ favorite to win this match, but I believe it is anyone’s game at this stage. Also, the Albiceleste were far from convincing in the knockout games.

Croatia on the other hand have the experience of negotiating these kinds of oppositions and their fighting spirit is commendable.

Therefore, a draw is the value bet for the World Cup 2022 Semifinal clash between Argentina and Croatia.

Judging by the fewer goals Croatia conceded in the competition coupled with their troubles in the final third, the under 2.5 goals full-time qualify as the safe bet.