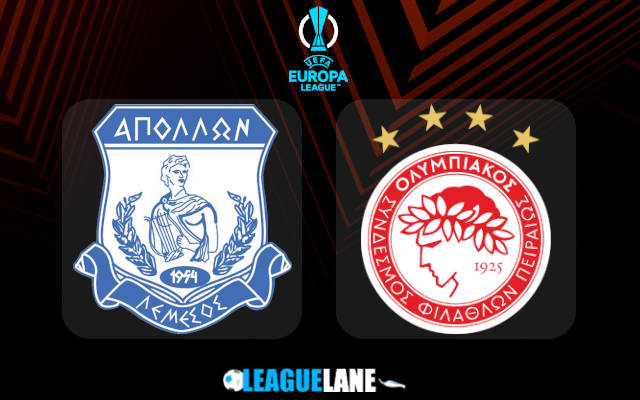 Apollon are the current Cypriot champions and lately they have been on a winning streak as well. They are finding the back of the net in plenty and especially so in front of their home crowd. Meanwhile Olympiakos have been fighting extremely hard to keep clean sheets and they have been on a worrying stretch of results as well.

In fact, the problem with their form has been compounded in away games lately, and their defense are acting as if they are a non-factor.

It goes without saying that they have invited some huge unwanted pressure on to them and this further will worsen their chances to make it to the next edition of the Europa League.

Meanwhile, Apollon have registered wins in most of their recent games and most importantly their offense has been on fire. On top of that they also have the chance to appear in front of their home plot for this crucial fixture, where they have been on a streak lately as well.

By the looks of things, it is expected that hosts Apollon will register a winning performance this Thursday.

Apollon are on a 2-game winning streak and they had scored a total of 4 goals in the process. It also needs to be mentioned that they had scored 2 or more goals in 4 of the past 5 appearances in front of their home crowd.

On the other hand, Olympiakos were winless in 9 of their past 10 overall games and they had also remained so in 12 of their previous 15 fixtures. Moreover, they are also on a 6-game winless run away from home, and in the process they had gone on a 3-fixture losing streak.

Considering these observations, expect a victory for hosts Apollon this Thursday.

Tips for Apollon vs Olympiakos