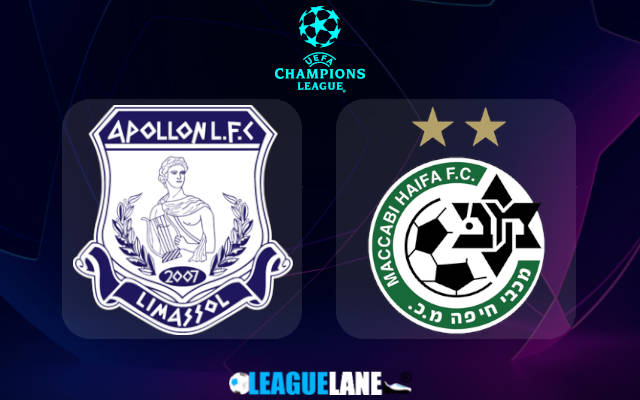 Maccabi Haifa have all but secured progress to the UEFA Champions League playoffs round after a fantastic display in the first leg of the third qualifying round tie against Cypriot champions Apollon.

Israeli champions were the dominant force on the pitch throughout the whole course of the game six days ago.

They have been boosted up through an own goal from Mathieu Peybernes seven minutes from half time.

Midfielder Ali Mohamed then bagged a brace within eight minutes early in the second half, while Vukasin Jovanovic got sent off for Apollon in between Mohamed’s two goals.

Last but not least, striker Frantzdy Pierrot set the final score with a goal eleven minutes from time.

Maccabi Haifa’s dominance was best reflected through statistics. They had 21 attempts in the first leg, eleven of which went on target.

On the other side, the Cypriot outfit failed to register a single shot on target, in the 90 minutes of play on Israeli soil.

Apollon have generally been struggling to perform offensively in pre-season as well, failing to find the back of the net in two separate 1-0 defeats to Doxa and Torino.

Maccabi Haifa, on the other side, showed strength by eliminating the likes of Greek champions Olympiakos in the second qualifying round with an incredible 0-4 victory in the return tie in Piraeus.

It is hard to predict anything else but a victory for the visitors based on everything we have seen last week in the first game. Maccabi Haifa outclassed the counterparts in every single parameter.

You can back the away win at the 2.15 odds. Alternatively, we like the 1.70 odds offered for the Under 2.5 goals FT pick, expecting the visitors to keep this a tight affair after winning the reverse tie 4-0.