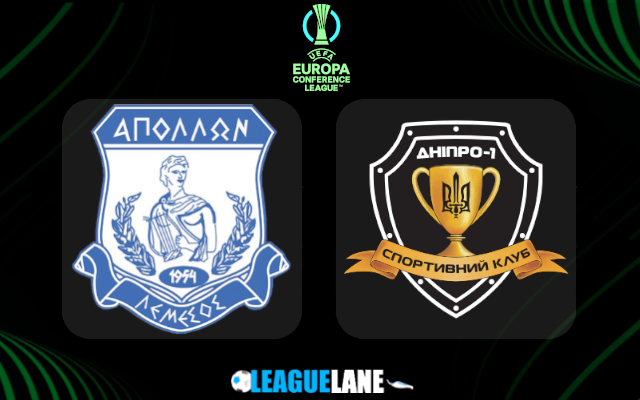 Apollon won the Cyprus First Division title in a dominant style in the previous season. They had a lead of 4 points at the end of the season and were in possession of the best offensive line in the whole tournament.

They are on a decent run and are somewhat finding the back of the net consistently in their domestic competition.

Going on, Apollon canceled with Vaduz in their opening fixture of this Europa Conference League campaign. They had their chances to score a lead in that match but failed to find the back of the net.

Meanwhile, Dnipro- 1 finished 3rd in a table of 17 in the past Ukrainian Premier League table. They played a couple of Europa League qualification fixtures further then and lost both to end up in the Conference League clash this season.

Dnipro-1 is placed at the 3rd position in their domestic competition at the moment. It might have meant something to the Premier League clubs, but they are pitted against Apollon this week.

By the looks of things, we expect an interesting affair between the two on Thursday.

The impressive form of Apollon in front of their home crowd will be an advantage for the team as they face Dnipro- 1 on Thursday.

Apollon is on a 5-game unbeaten streak at home and gone on a separate 2-game winning streak. Do also note that the team scored a total of 8 goals in the process.

On the other hand, Dnipro- 1 won 3 and lost 2 of the previous 5 road trips. This includes a 3-0 defeat against AEK Larnaca recorded in the past month.

Thus, we expect a winning performance from the hosts Apollon considering these observations.