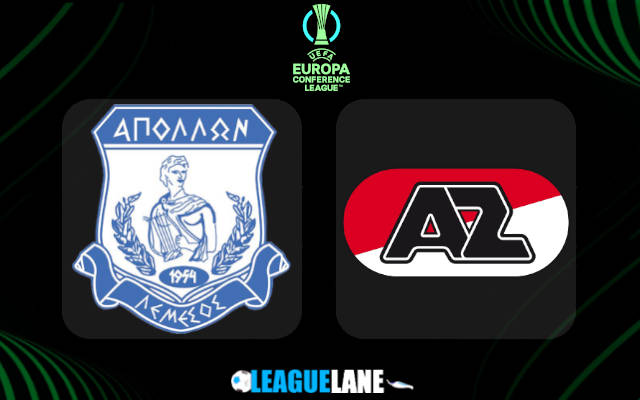 AZ have been the top dog of Group E in the Conference League right from the start of the campaign. And as expected they are at the top of the table with a 100% winning record. They are once again predicted to keep their win streak alive, and completely outdo the struggling Apollon.

They are possibly the weakest team in the group, and are placed bottom-most in the table. It is no wonder that they have a 100% winless record till now – and barring a single draw, it becomes a 100% losing record.

It needs to be noted that they conceded most number of goals in the group, as well as scored the least.

Meanwhile, AZ have a perfect winning record – and they already completed one cycle of wins against all the other teams in the group.

They scored the most number of goals, as well as conceded the least. They also managed to register a 3-2 win in the reverse fixture, against this same opponent.

I am inclined to pick AZ Alkmaar as the overwhelming favorite for this upcoming encounter at the Tsirion Stadium.

Apollon are on a long winless run at the moment, and they generally struggled to register wins throughout this season. And all along they found it extremely hard to keep clean sheets as well.

It is a testament to their season that they have a 100% losing record at home in Europa games so far.

Meanwhile, AZ will be excited and determined to make full use of this easier fixture. They are already on the precipice of securing qualification, and one more win would all but confirm their progression to the next round.

They also consistently found the back of the net in Europa matches, as well as in their domestic league games.

It is quite a confident pick for me – that AZ are possibly about to deliver a crushing win over their opponents this Thursday.

Tips for Apollon vs AZ Alkmaar