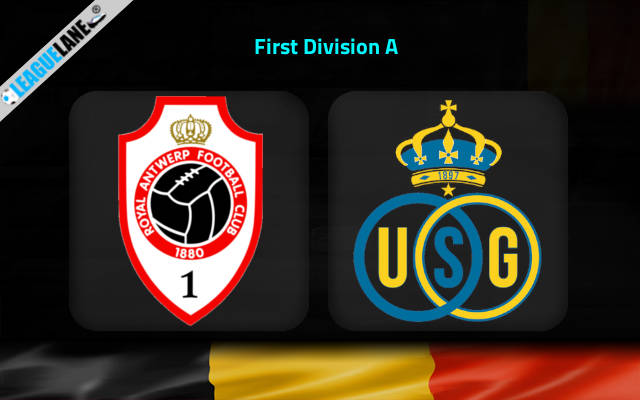 Reigning champions Union Saint-Gilloise will meet the hosts Royal Antwerp in a Jupiler League fixture at Bosuilstadion on Wednesday.

The title holders had an average start to this season. They won two, drew one and lost one of their four previous league fixtures to occupy the 9th spot of the league standings at the moment.

But, they won each of their previous two home fixtures in the league and will be eager to deliver another victory even though they play away from home.

Meanwhile, Royal Antwerp also had an impressive form throughout the previous season and it seems that they have carried over the momentum. They will be determined to deliver their absolute best in order to extend their current winning streak.

Antwerp will have the highest of spirits when entering a home fixture as they already owns a streak of five winning games in the new season. The consecutive five-game win helped them to climb to the sky-high top position in the league standings.

By the looks of things, expect a goal-fest this Sunday when both the in-form Belgian First Division outfits battle each other.

Antwerp are on a winning run so far, and have a 100% winning record at home. Moreover, no other teams have scored more goals than them in the competition.

On the other hand, Union Saint-Gilloise are on a three-game winless run on the road and worryingly two of these were losses. Going on, they had let in a total of six goals in the previous two road trips.

Taking into account these observations, expect a winning performance from Royal Antwerp on Wednesday.