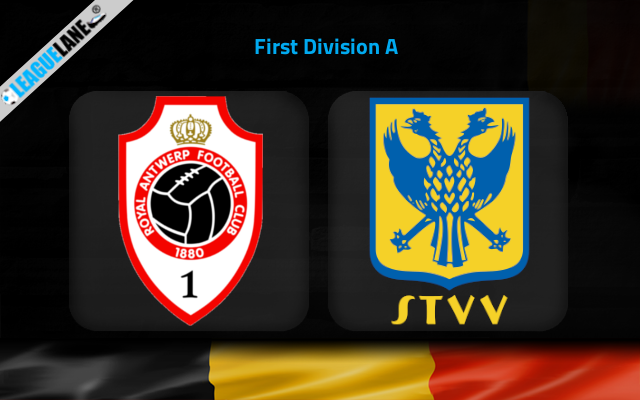 St. Truiden will meet the hosts Royal Antwerp in a Jupiler League fixture at Bosuilstadion on Friday.

Antwerp had an impressive form throughout the previous season and it seems that they have carried over the momentum.

They will have the highest of spirits when entering a home fixture as they already own a streak of 5 winning games in the new season.

However, they will enter this fixture on the back of their maiden defeat this season against Kortrijk. They will be determined to deliver their absolute best in order to gain back their lost winning streak.

The consecutive 9-game win helped them to climb to the sky-high top position in the league standings.

And it appears that they are determined to make amends as they succeeded in evading a defeat in 7 of the 10 league fixtures so far this campaign. However, 4 of them were drawn outcomes.

This match is a great chance for the hosts to maintain their exceptional performance at the beginning of the season. They have won all the 5 appearances in front of their home crowd and had scored a total of 14 goals in the process.

It deserves to be mentioned that their defensive steel have allowed a total of 5 goals over the course of those 5 home games.

Their Dutch striker Janssen Vincent have a scored a total of 7 goals in the season so far. We back the offense lead by him to score over 1.5 goals while expecting his team Antwerp to bag a three pointer on Friday.