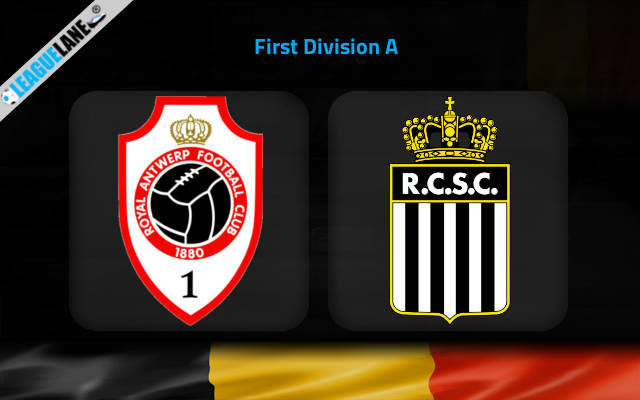 In game week 22 of First Division A, Antwerp faces Sporting Charleroi for their next match on Sunday at Antwerp.

Antwerp is in the 4th position on the league table with 37 points from 22 matches. Their last match was against Genk. A last-minute goal from Antwerp helped the team to equalise. The match ended with 1-1 FT score.

Antwerp has played well throughout the season. They have only lost in matches occasionally. In the last ten matches, they have scored in all the matches and have achieved wins in five of the matches.

The team has not lost in the last two matches and will look to keep the streak going. The fans have not been disappointed with the performance Antwerp has shown in their home matches. From the away matches played, they have scored in nine of the matches and have won six of the matches as well.

Sporting Charleroi is 7th in the league table with 32 points from 20 matches. They played their last match in club friendlies against UTA Arad. Sporting won the match with a three-goal lead in the match. The match ended with 1-4 FT score.

Both teams have performed well in this season, scoring goals in most of the season. They have earned their place on the upper half of the league table. Antwerp has the advantage of playing in their home ground, making it difficult for Charleroi to win the match.