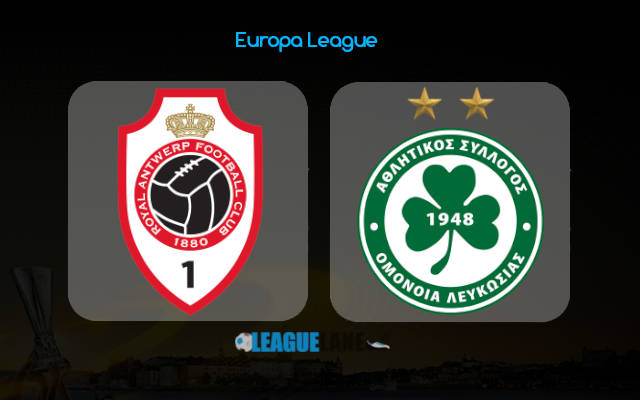 Antwerp are chasing a two-goal deficit against Omonia Nicosia in an attempt to make it back-to-back UEFA Europa League group phase appearances.

Antwerp left a decent impression in the previous term of the UEFA Europa League. They found the way out of a tricky group with Tottenham Hotspur, LASK, and Ludogorets, finishing as runners-up to the English heavyweights.

They were, however, stopped by Steven Gerrard’s Rangers in the last 32 round, conceding as many as nine goals in crazy two legs of that knockout phase tie.

The defense is clearly not Antwerp’s best part as the team led by Danish manager Brian Priske shipped four goals in the first leg of this season’s Europa League playoffs against Omonia Nicosia.

Omonia have generally struggled for efficiency this summer in Europe, but they managed to fully exploit the Belgians’ defensive holes seven days ago.

The Cypriot champions defeat Antwerp 4-2 at home last week, but they still need to dig deep to secure the progress to the group stage after the return fixture at Bosuilstadion.

Antwerp are very dangerous in the final third and they can annul a two-goal deficit against most teams at this stage of the competition.

They will, however, need to accomplish the goal without the top scorer Michael Frey who suffered an injury in a 1-1 draw against Charleroi two weeks ago.

Antwerp and Omonia Nicosia did not have a chance to meet each other in the past.

Omonia clinched a 4-2 victory in their first meeting with Antwerp, played seven days ago on Cypriot soil.

Omonia failed to find the net in two Champions League legs against Dinamo Zagreb. They scored no more than two goals in two games against Flora Tallinn (advanced on penalties) in the previous Europa League round.

However, the fact they bagged four goals past Antwerp says enough about the Belgians’ back line. The Over 2.5 goals FT is a genuine banker at the odds of 1.80 here. The braver tipsters can back Antwerp to win & Both Teams To Score at the 3.50 odds.