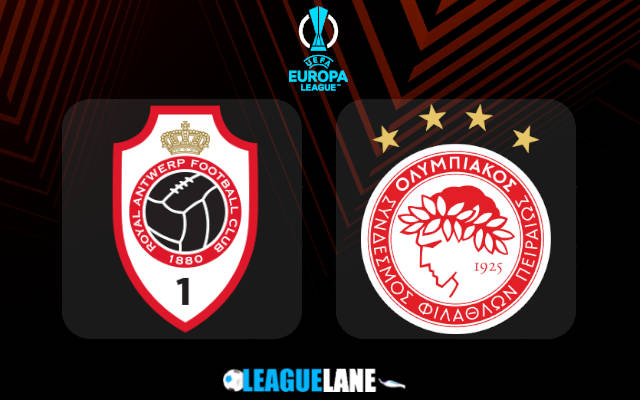 Antwerp managed back-to-back clean-sheet wins over KV Oostende and Beerschot in the last two league matches. They are eyeing up success in Sunday’s clash against Standard Liege which is why we expect their head coach to make heavy rotations for this mid-week fixture.

Antwerp are doing very well in this term of the First Division A but they have failed to translate their string domestic displays to the continental competition.

The Belgians have already lost all hopes of continuing their European journey even before the last round’s fixtures.

They will thus finish Group D at the very foot of the standings regardless of what happens on Thursday evening.

They have easily lost both home fixtures to the likes of Eintracht Frankfurt and Fenerbahce, conceding four and scoring zero goals in the process.

Priske could easily give rest to his main players here considering that this tie brings no significance whatsoever for the home team.

Olympiacos, on the other side, are searching a chance to overtake Eintracht Frankfurt at the top of the group standings.

The Greeks are two points shy of Eintracht and need a win here in Belgium paired with Fenerbahce’s victory over Frankfurt in the other game in the group to finish top.

Tips for Antwerp vs Olympiacos