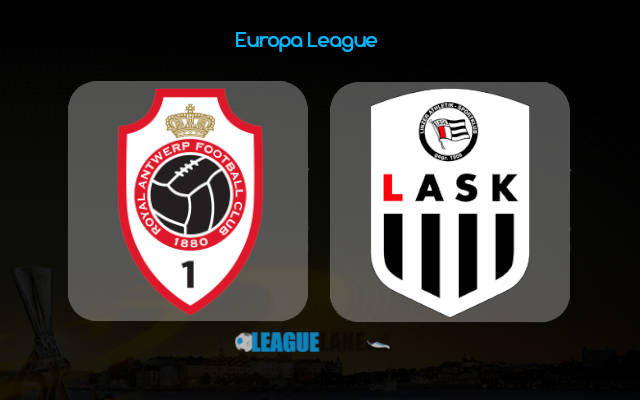 The biggest upset of Europa League group stages so far was seen last week in Belgium where Antwerp defeated Tottenham Hotspur. Squad from Bosuil Stadion has been performing above expectations on all fronts so far, so we wouldn’t be surprised to see them reach the playoffs in EL.

This time they will host another rising team, LASK Linz from Austria which did some small wonders in the previous edition of this competition.

Both sides have won a lot of games lately, so we should witness high-quality match. Hosts are labelled as warm favorites at 2.37 odds.

This is going to be the first head to head clash between Antwerp and LASK Linz.

Antwerp played against Austrian teams six times in the past, losing four and winning only two encounters.

Situation in Belgium First Division A is very uncommon. The difference between 1st placed Charleroi and 8th placed OH Leuven is only four points. Antwerp are currently 5th after losing to Anderlecht during the last weekend.

Prior to that, this squad achieved four consecutive victories against Kortrijk, Mechelen, Zulte and Beershot, scoring 13 and conceding 5 goals.

The main star and a man who decided both Europa League games so far is Lior Refaelov, scoring vital goals against Ludogorets Razgrad and Tottenham Hotspur.

Antwerp are undefeated at home for more than one year in official matches.

LASK have also picked up stunning form in the last three weeks. They are currently on a series of three straight wins against St Polten, Ludogorets and Sturm Graz.

We are expecting both sides to aim for three points on Thursday night and get high-scoring affair.