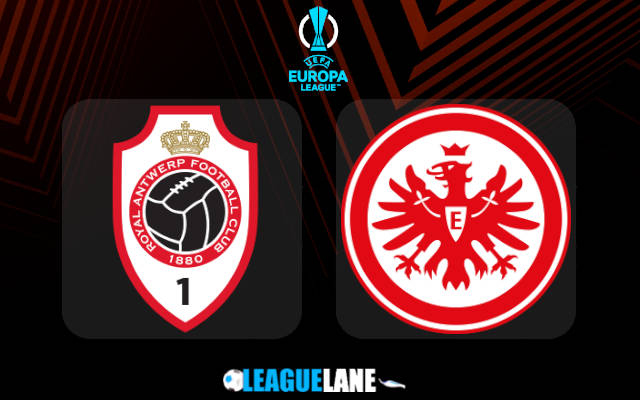 Frankfurt were expected to cruise to the top-most spot in Group D. But the team missed the opportunity to make a perfect start to their campaign. They were held to a draw in the opener, and now before it’s late, they will have to secure a win in this second match-day.

Should they fail to do that, the team just might be tampering with their chances to progress to the next round.

They surely do have the upper hand this Thursday. They are after all from the German top flight, and are pitted against a team from the comparatively inferior Belgian league.

However, it’s easier said than done. Frankfurt are going through a poor run at the moment, and are struggling with their defense. They are also on a worrying stretch on the road – and it’s been going on for the past seven months or so.

At the same time, Antwerp are on a rather good run, and are scoring at an impressive rate. They are also at home, and have been delivering good performances here all this new season.

Likely, expect a competitive fixture at the Bosuilstadion. The Germans might manage to secure a hard-fought win, owing to their superiority in talent and experience. But a clean sheet looks highly unlikely for them.

Antwerp lost 2-1 on the road the last match-day in the Europa against Olympiacos. In the meantime, Frankfurt were held to a 1-1 draw by Fenerbahce.

Going on, Frankfurt might have been struggling to post wins consistently, but they have also lost not lost in the last six games – that too against tough oppositions in the Bundesliga.

On the other hand, note that Antwerp were winless in 16 of their past 23 games, and they have posted a total of just three wins at home since May.

Judging the form of Antwerp, and the quality of players Frankfurt boasts of, expect a win for the Germans.

However, the Belgians have been scoring well lately, and on top of that, Eintracht have been poor in terms of defense for quite some time.

As such, expect goals in huge numbers this Thursday.