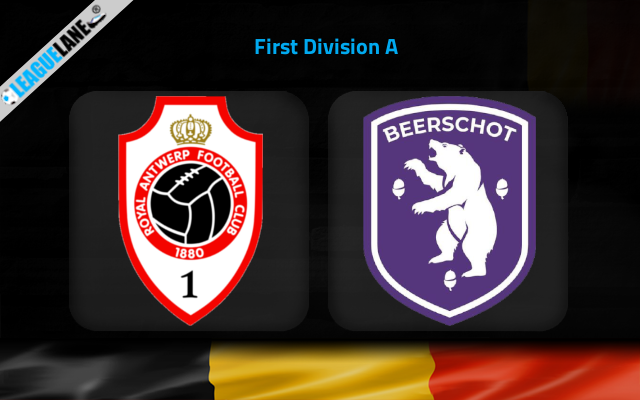 Antwerp have been enjoying a pleasant First Division A season so far. However, their form has been a bit worrying of late. They will be hoping to return back to the winning ways when they play host to Beerschot this Sunday at Bosuilstadion.

Antwerp sits third on the table with 53 points. They are currently inside the Championship group promotion spot. They have a strong offensive side and a decent defensive side.

They are on the back of two subsequent league defeats. They lost 4-1 to Club Brugge away from home and lost 1-2 to KV Mechelen at home in their most recent league outings.

Meanwhile, Beerschot have been conceding defeats at an alarming time interval lately. They follows three back-to-back defeats from their recent league fixtures. They have only won twice in the past 14 league affairs.

They are at the bottom of the table with a total of 16 points. They are having the worst defense of this season. They have nothing consistent despite of their disappointing form since the beginning of this league. Therefore, we expect a negative display from them in this fixture.

Antwerp are unbeaten in 10 of their total 14 league fixtures at home this season. They have been scoring goals at this turf and with the current form, we expect them to enter the score-sheet for at least twice.

Beerschot, On the other side, are yet to record a win on road this campaign so far. They have a dreadful defence on road and have leaked goals in huge numbers.

Analyzing the above stats, we expect a win for the hosts at the end of this. Beerschot have nothing impressive in possession and might find it difficult to score themselves in this fixture.