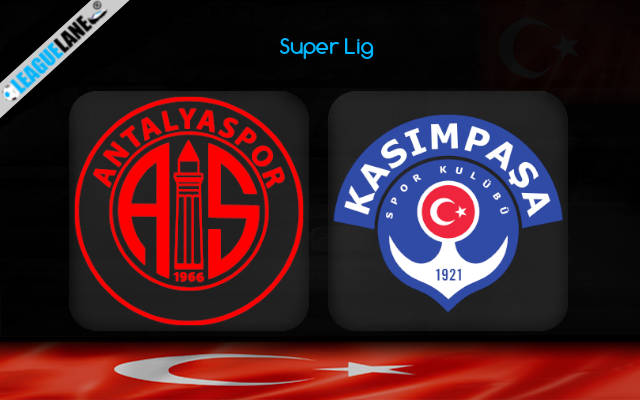 Both the teams lost the previous fixture, and reside at the bottom half of the Super Lig table. With 10 points in difference, Kasimpasa is at the rock bottom unable to find a victory in last 6 games travel to Antalya Stadyumu desperate for a win, in order to escape from the relegation zone. In with a mixed form, the hosts are also in search for a win to climb up the group ladder.

The Scorpions resides at the 14th spot on the table with 21 points in hand. Of the 17 matches played, they won 6 of them while drawing thrice. They have the highest numbers in losses with 8 and goals to conceding ratio standing at 20:24.

Ersun Yanal’s Antalyaspor have found the net a sum total of 7 times over their prior six outings with the tally of goals that have been scored against them in those same fixtures stand 7. After a much fought victory against the table toppers Trabzonspor, they got defeated last week to Konyaspor by 1 goal to nil.

The guests are at the rock bottom in the relegation group at the 20th spot. From the 17 games so far, they have lost on 10 fixtures while drawing on 5 and winning only twice. They only have 11 points, being the lowest in the league along with conceding more in numbers than scoring marking at 16:27.

Kasimpasa has suffered from a lack of goals over their previous 6 encounters, recording a poor return of just 4 meanwhile an overall goal aggregate against them equals 11. They are at a downfall in the league with 3 losses in the last 5 games with the latest being against Sivasspor by 1-3.

The visitors are without an away win for the past 9 league matches while the hosts are unbeaten in their last 3home matches. In addition to that, they haven’t been beaten in the league by Kasimpasa in the previous 3 h2h fixtures.

With Kutlu being sacked, meaning Kasimpasa are now on the lookout for their 4th manager of the season, it’s hard to see them getting anything out of this. Therefore, we feel home victory happening at Antalya Stadyumu this Tuesday.