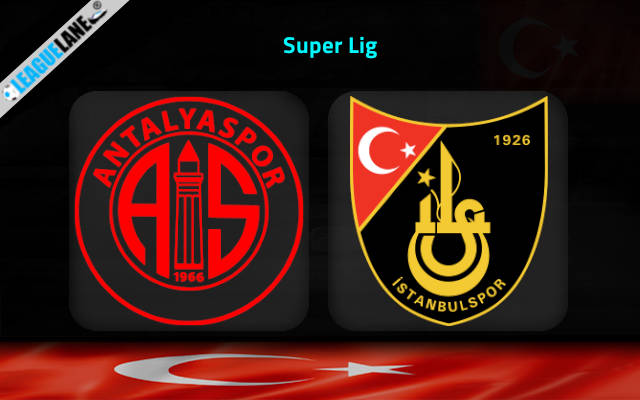 Antalyaspor had a decent start to this season. They conceded a defeat in the opening fixture but bounced back with a win from the second and sealed a victory over the likes of the reigning Turkish champions in the third.

Since then, they has been displaying a poor consistency of recording defeats. They are currently on a 6-fixture winless streak in the league. The team sit inside the danger zone currently due to their poor form.

They have the second-worst defensive line in the competition but will still be hoping to beat freshers Istanbulspor, who sit just above them in the table, in their next game.

Istanbulspor earned the top flight promotion by finishing 4th in the second division last time. However, they had a dismal start to this season. They have a total of just two wins upon returning to the elite class of Turkish football.

They also have a poor defense, but when compared to their Friday’s counterparts, Istanbulspor will have a slight advantage in defense but will be far behind in offense.

By the looks of things, expect a both teams involving affair at Antalya Stadyumu on Friday.

There have been over 2.5 goals in three of the last four games played by Antalyaspor at this stadium. In one of those games, they destroyed the defending champions Trabzonspor with 5-2 FT score.

Istanbulspor will head into this fixture following an away defeat which would be an advantage for the home team. Do also note that The Bulls have not emerged victorious against Antalyaspor in the past two meetings at this stadium.

Taking into account these observations, anticipate a win for the home team Antalya on Friday.