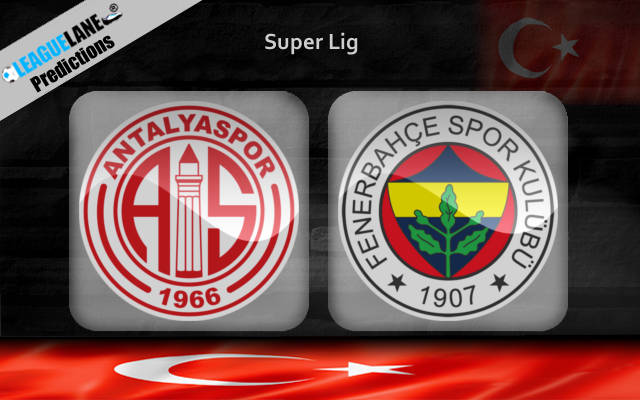 Antalyaspor has exhibited a mixed form in the new edition of Turkey Super Lig with two each of all possible outcomes within their six attempts in the schedule so far. They are on a winless streak for the past three fixtures in the league, following a 5-1 loss on the road to the likes of Basaksehir last time out.

Fenerbahce is on an unbeaten run in the campaign this season until now. The visitor is six points ahead of the host with 14 points from 4 wins and 2 draws in their schedule. They are on a three-game winning streak and will visit on the back of a 3-1 win at home against Trabzonspor in the last league clash.

Antalyaspor is in a winless run for the recent three clashes in the league. However, both the losses in it have come away from home. The host has been unbeaten at home for the past five attempts in their schedule, which gives them a slight edge with the ground advantage in the fixture.

Despite their advantage in earlier h2h meetings, Fenerbahce has been unbeaten in their recent three visits to this venue. Besides, the Yellow Canaries have recorded three of the last five wins in their meetings as mentioned earlier.

Considering that the host doesn’t stand much chance against the visitors, the away win in full-time will probably be the best bet for the punters. Since Fenerbahce has averaged only 1.8 goals in the league this term until now, under 3.5 goals will be a suitable option from the goals area.