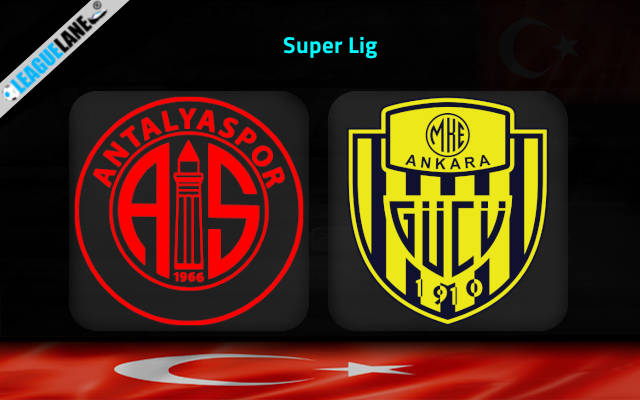 Antalyaspor will be looking to translate their pre-World Cup form to the December/January schedule as they are about to play four league matches by January 7th.

Former Borussia Dortmund midfielder Nuri Sahin seems to have found the right formula with this team as Antalyaspor have managed to win three consecutive league outings before the one-month break.

The team have been scoring goals for fun in the last couple of months. They bagged at least two in each of the previous four Super Lig affairs.

The run includes 4-2 drubbing of Fatih Karagumruk in the previous round. Sahin’s troops are now 11th in the league table and they will be looking to continue the climb on Friday afternoon with a result in the home fixture against bottom-half rivals Ankaragucu.

The visitors are 16th at the moment (the place in the relegation zone) but they are just three points shy of Antalyaspor in 11th.

We must praise Ankaragucu’s recent form as well since Omer Erdogan’s men will go into this tie undefeated in the last four Super Lig matches.

Much like Antalyaspor, Ankaragucu play attacking-minded football. Each of their last four league games have seen goals scored at both ends. We should also say that each of Ankaragucu’s last five away matches in the league has brought the same scenario.

Both Antalyaspor and Ankaragucu have been playing attractive attacking-minded football in their latest Super Lig games and we can only expect a goal fest when they come across each other this Friday.

The hosts have won three league games in a row and we really like the 3.75 odds offered for Antalyaspor to win & Both Teams To Score bet here. The braver tipsters can take the sky-high 23.00 odds offered for the hosts to win 3-2 on Friday.