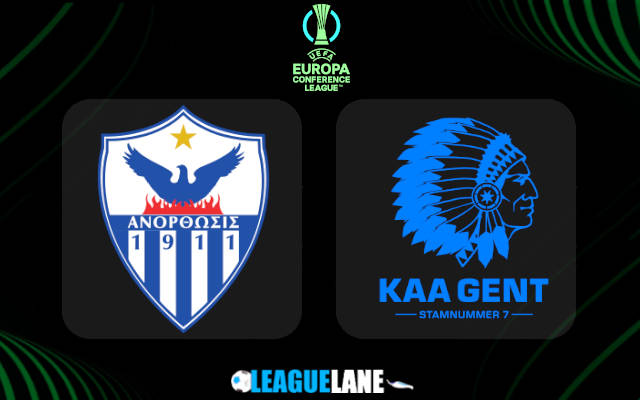 Gent left a much better impression so far in the Conference League, they saw off Anorthosis with ease in the previous H2H game two months ago, and they will enter this match on the back of a victory in the domestic league. The away win has to be the way to go.

Gent have a nice chance to secure the top spot in Group B with a victory over the rock-bottomed Anorthosis Famagusta on Thursday evening at Neo GSP.

The Belgian outfit have been brilliant defensively throughout the whole group phase, allowing only one goal across four games so far in the UEFA Europa Conference League.

They won three and drew one of four matches so far in the competition and are currently three points above the second-placed Partizan Belgrade.

Gent are also chasing a perfect record on travels here as they have claimed two separate 0-1 victories over Flora Tallinn and Partizan Belgrade so far in the competition.

Anorthosis, on the other side, collected just two points in four games so far. They still have mathematical chances of catching the Serbian side in the second position, but the destiny is far away from their hands.

We don’t rate Anorthosis chances much here based on everything we’ve seen so far in the competition.

Also, the team led by Georgian manager Temuri Ketsbaia only hold the 9th place in the domestic league with 12 points from 9 matches.

They will enter this tie off the back of a 3-2 defeat away at Olympiacos Nicosia on Saturday.

Tips for Anorthosis vs Gent