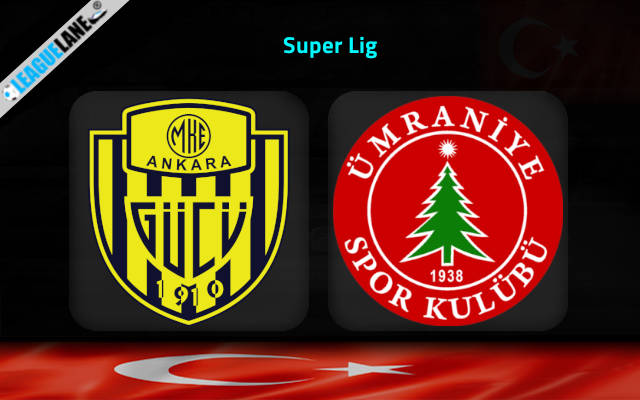 Bottom-half rivals Ankaragucu and Umraniyespor will come across each other in a very important 16th round clash in Super Lig on Tuesday afternoon at Eryaman Stadyumu.

Both teams went on the World Cup break from the relegation zone. Ankaragucu are in a much better position, though, being level on points with 15th-placed Fatih Karagumruk.

The hosts are six points above the rock-bottomed Umraniyespor who are still trying to adjust to the top flight life.

Umraniye did manage to snatch their maiden win of the 2022/23 campaign in early-November, beating Alanyaspor 3-1 on the home patch.

That victory gave them wings and initiated a run of five successive games without a defeat in all competitions, including a friendly game against Albanian side Partizani Tirana (a 2-2 draw).

Head coach Recep Ucar can be thrilled with the attacking form his men have shown in the recent matches.

They have now bagged at least two goals in each of the last five games, a run that includes a 1-2 victory last week away at Kasimpasa in the fifth round of Turkish Cup.

Ankaragucu, on the other side, play tight defensive-minded football and it will be very interesting to see whose style will prevail on Tuesday.

Ankaragucu suffered two straight defeats in the friendlies against Sivasspor (0-2) and Konyaspor (0-1) but they bounced back by beating lower-division Tuzlaspor 2-0 seven days ago in the cup.

Umraniyespor have been quite efficient in the final third in the recent outings but we don’t expect them to have much space to deliver here in what should be a close encounter against Ankaragucu.

With plenty at stake for both teams down in the relegation scrap, we are going to back the hosts to win in a low-scoring game. Ankaragucu to win & Under 2.5 goals FT bet is paid at the 3.75 odds.