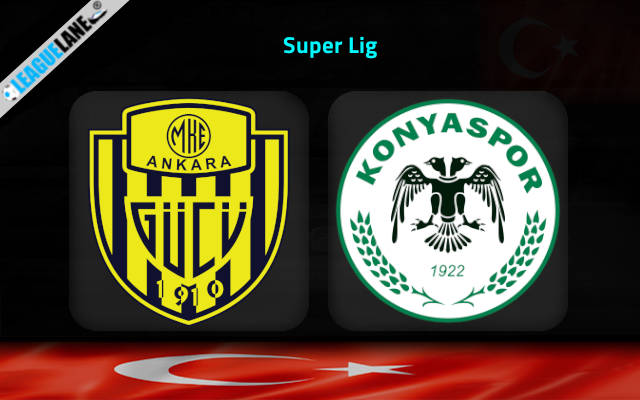 Ankaragucu needed no more than a year to return to the elite class of Turkish football as they won the 1. Lig campaign, last season being lock on points with runners-up Umraniyespor.

Ankaragucu have intentions of staying in the elite tier for longer than a year as they have been very active in the summer transfer window.

Head coach Mustafa Antindag has a very exciting group of players in his ranks, including the likes of Eren Derdiyok, Federico Macheda, Jese, and Pedrinho among others.

Ankaragucu announced a strong challenge in the top flight with some great results in the pre-season.

They won two and drew one of the previous three outings against Yeni Malatyaspor, Alanyaspor, and Genclerbirligi.

The fact that Ankaragucu notched three goals in each of their last three exhibitions says enough about the playing style manager Altindag will favor in the upcoming season.

This is why we can’t wait to see their Monday’s clash against Konyaspor who also possess immense talent in the final third.

Konya shocked everyone with a third-place finish in the previous term of Super Lig. They do not intend to stop there according to the pre-season form.

Konyaspor demolished Belarusian side BATE 5-0 on aggregate in the second round of the UEFA Europa Conference League qualifications.

Both Ankaragucu and Konyaspor have been scoring goals for fun in the pre-season and we can hardly see either outfit keeping a clean sheet when they come across each other.

We will go with the Both Teams To Score pick at the 1.72 odds, while the braver tipsters can try their luck backing the hosts to win at the sky-high 3.20 odds, mainly because Konyaspor have a busy schedule amid the Conference League tie with Vaduz in the third qualifying round.