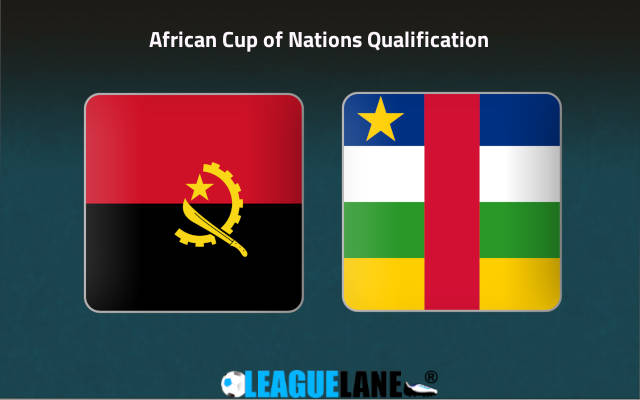 Angola is set to host to the visiting Central African Republic in a match of Round 1 in Group E at Africa Cup of Nations qualifiers, this Wednesday at Estádio 11 de Novembro in Luanda.

Angola reached its highest FIFA ranking at 45th place, in July 2000. Their greatest accomplishment was qualifying for the 2006 World Cup, as this was their first appearance on the World Cup finals stage.

Angola come into this on the back of a goal-less draw against Equatorial Guinea in an International friendly. They remain undefeated in the last 2 friendly games of which they won against Guinea Bissau by 3-2 on March. The hosts have been eliminated from the World cup qualifiers after ending at bottom of the group with just one win from 6 matches.

On the other side, Central African Republic is a member of CAF. Despite being traditionally one of the weakest teams in Africa and the world, they recently achieved success. They won the 2009 CEMAC Cup and their FIFA ranking rose from 202nd in August 2010 to 89th by July 2011. The team also won its first FIFA World Cup qualifier on 2012.

Central African Republic come into this on the back of a goal-less draw against Sudan in an International friendly. That draw came after a 1-3 loss to Tanzania which was held in March. They reached till the second stage of Qatar 2022 WC but got eliminated and Nigeria won the group promotion.

Angola remain undefeated at home since their last 4 h2h fixtures of which they won twice. Their last 6 Continental competitions saw the side to lose only once and they have seen getting stable as of late.

Meanwhile, Central African Republic lost 4 of their last 5 games and they won only once from their last 15 games played so far. They have also seen displaying negative results on away fixtures as well.

Knowing that, we expect Angola to seal a win this Wednesday.