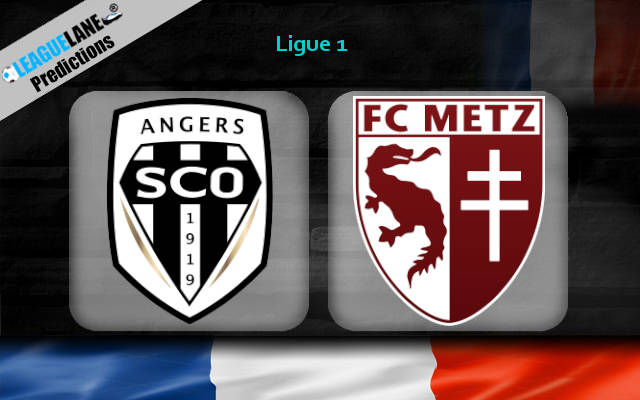 Angers come into this game in 12th place and have already shown signs of inconsistency, winning one week and losing the next.

Just before the international break they were humbled by PSG in Paris losing that game 6-1. Even though the score line was big Angers shouldn’t be too affected by that result given that PSG are simply on a different level to every club in the league right now.

Angers last game at home ended in a 3-2 win over Brest and they have won their last two games here. The tactic has to be simple for the club, win your home games.

Metz are in 15th place and although that doesn’t seem good and they started the season poorly they have really picked up in recent weeks. Indeed the club come into this game with no losses in their last 3 matches.

Metz’s last game ended in a good 3-1 win over Lorient. They scored half of their total goals this season in that one game. And if we were criticising he club in the early stages of the league it would be that in general they have been shy in front of goal.

Angers vs Metz Head to Head

Angers have had the better of Metz in recent years and they will start as the favourites to win the game. Both clubs have shown signs of improvement and this could be quite an open and enjoyable game.

We expect to see some goals and wouldn’t be surprised if both teams were to score. But Angers objective is to put solid and consistent at home and whilst the club are struggling on the road we think they will become harder to beat in their own stadium.

For some value we will also predict the correct score for small stakes.