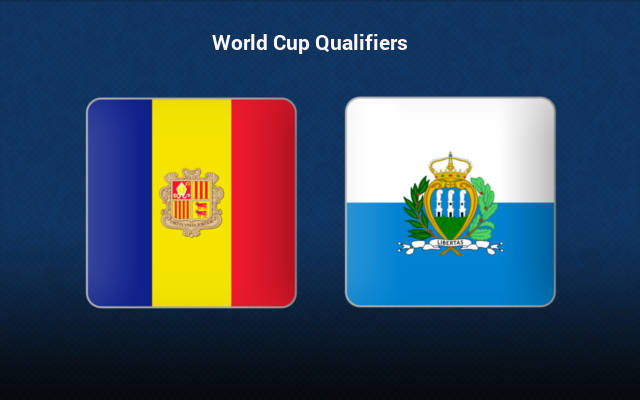 European minnows Andorra and San Marino take on each other in a low-profile World Cup qualifier on Thursday evening at Estadi Nacional.

Andorra and San Marino are hoping to snatch a rare competitive victory when they come across each other in the fourth round of the World Cup Qualifications in Group I.

Both teams are yet to get themselves on the board having lost each of their opening three outings in the group.

Unlike San Marino who are yet to score (a 0-10 goal difference), the Andorrans managed to find the back of the net in the previous round’s 1-4 home loss to Hungary.

Andorra come into the match as 1.40 favorites but we do struggle to recognize the value there.

The hosts did snatch somewhat better results than their counterparts in the last couple of years, but we don’t find them strong enough to justify the 1.40 price tag.

Now, San Marino have been even worse. They are officially the weakest European team. They lost 75 of 76 EURO qualifiers and 64 of 66 World Cup qualifiers without snatching a single win in the process.

The birth of the UEFA Nations League did not help San Marino much as they lost eight and drew two of ten matches over two editions.

Andorra, on the other side, drew and lost six apiece (of twelve) Nations League matches without snatching a single victory in the process.

This will be the first competitive head to head encounter between these two teams.

They’ve met each other just once so far. It was in a friendly in February 2017 when Andorra picked up a 0-2 victory on the road.

Neither of the two outfits are known for their attacking prowess. The Under 2.5 goals FT looks like the best betting option here at the odds of 1.65.

As for the outcome, the hosts are closer to the victory, but since we see no value in backing them at the 1.40 odds, we will alternatively go with the correct score market and back them to snatch a narrow 1-0 win at the odds of 5.00.