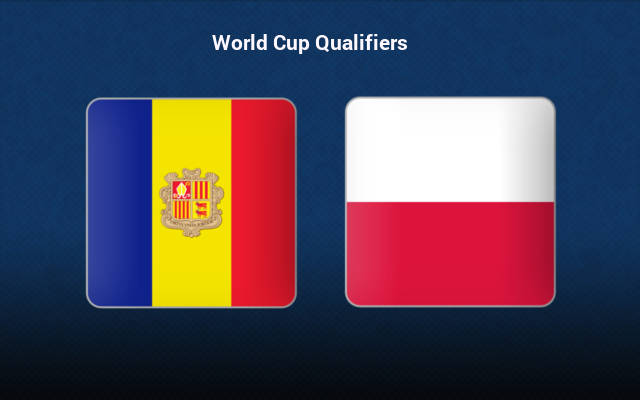 Poland is in an interesting position in Group I of the World Cup qualifiers they are 3 points behind the group leaders England and have Albania who is on 15 points breathing down their necks.

They are set to travel to the Estadi Nacional to take on Andorra this Friday. Read our Preview, Predictions, and Betting Tips with Analysis here.

The teams have met twice before in Poland. The matches ended 3-0 and 4-0 in favour of the hosts.

Andorra vs Poland Prediction and Analysis

Poland has delivered convincing performances against every team in the group. Despite dropping points in both games against England, late goals changed the result of both games.

They have registered wins in the other games disregarding their 3-3 draw against Hungary on the road. They are currently second in the group with 17 points, 8 games into the campaign.

Karol Świderski scored in the 77th minute for Poland in their previous match against Albania to give them the lead and 3 points in the process.

Poland has to win their remaining matches with England and Albania set to take on each other. A win for England would ensure Poland’s qualification to the playoffs. However, if Albania were to emerge as winners Poland could have a chance of a direct spot in the playoffs ahead of England.

Andorra in their previous contest scored 3 goals past San Marino to win the fixture 3-0 away from home.

Despite adding 6 points to their tally Andorra has had a pretty dreadful tournament, as all 6 of their points had come from victories against San Marino who are last in the group.

To further display this fact the Andorrans have scored just 2 goals in their 6 matches disregarding the ones against San Marino.

Poland are the clear favourites to seal all 3 points considering their fine form in the tournament against a struggling Albanian side. We have backed them to win both halves.

Despite their struggles in the season,the Andorrans have knocked a goal or 2 against stronger opponents. With the Polish’s tendency to concede a few goals on the counterattack a bet for both teams to score could be a highly profitable option.