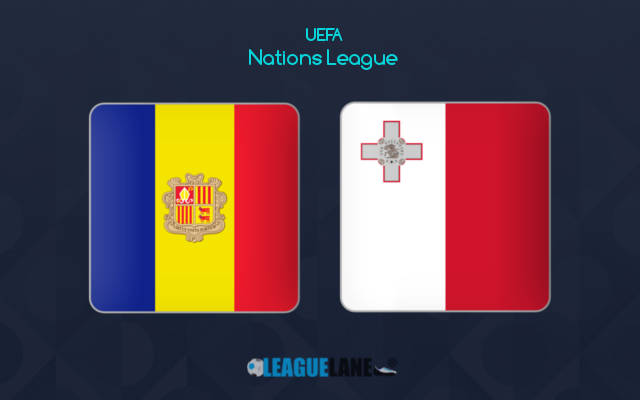 This Saturday, Andorra welcomes Malta in battle of the strugglers. Both teams were hoping for a better start in this competition but managed to collect only one point from the opening two encounters.

Only victory could bring them back to the hunt for first position and promotion.

League D in UEFA Nations League is surely the least attractive bracket in terms of football qualify, but has some solid betting opportunities to offer.

In terms of the odds, Malta are warm favorites for the win, currently priced at 2.62 odds, while chances for hosts to achieve the same are at 2.90.

These two teams have played only two head to head matches in the past, a long time ago. Both of them were friendly matches played in 2000 and 2002. Both of them ended without a winner 1-1 FT.

If we take all matches into consideration, Andorra have won only one out of the last 20 encounters against Moldova.

In our opinion they are one of the weakest teams in Europe, so grabbing three points against Malta does seem like a mission impossible.

A goalless draw against Latvia in the opening match was a true surprise for many, but reality came in place a couple of days later when Andorra got defeated at home by Faroe Islands.

Quality of football in Malta has changed in the last couple of years. Some of their clubs even had decent success in Europa League. Overall they are no longer an opponent which will go down easily and concede four or five goals.

Even though results in the last couple of years were not great, we feel they have what it takes to end the bad run and beat Andorra on Saturday. Don’t be surprised to see very low number of goals as well.