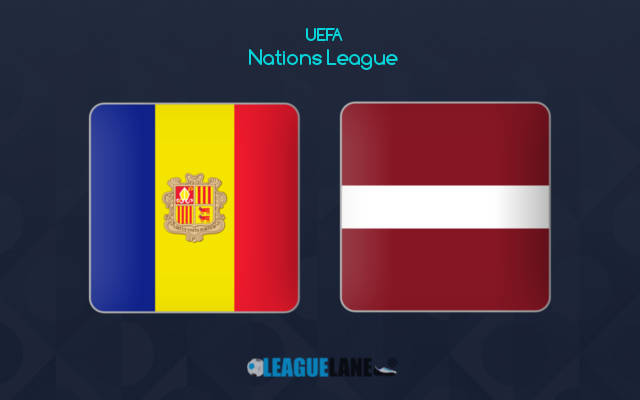 Latvia are placed at the top of the table, and comfortably have been the best team in the group. They have a 100% winning record till now, and are the favorites to post the three points on the board this Sunday against the struggling Andorra.

Andorra are placed second to last in the table, and registered a single win so far. And this sole victory came against the dead-last placed Liechtenstein. Note that Liechtenstein have a 100% losing record so far.

Moreover, disregarding the dead-last placed team, the Andorrans scored the least number of goals in the group, as well as conceded the most.

It also needs to be noted that they have mathematically ruled out securing the top-most spot, and thus promotion to Group C.

Meanwhile, the Latvians are in possession of the first position at the moment. They have a 100% winning record so far, and scored the most number of goals, as well as conceded the least.

Moreover, they have a dominant h2h record against this rival over the years, and taking into account all these observations, expect a victory for toppers Latvia this Sunday.

In addition, a win this weekend will establish themselves at the top of the table, and thus promotion to Group C.

Andorra were winless in 43 of their past 50 overall fixtures, and in the process they went on separate eight-game, five-fixture, and six-match losing streaks. They also let in two or more goals in 12 of their past 22 overall match-ups.

Do also note that they could manage just five wins in total at home since 2017.

On the other hand, the Latvians are on a five-fixture winning streak, and they scored ten goals from their last four matches. They are also on an eight-game unbeaten run.

They are also on a four-fixture winning streak on the road, and are on a six-game unbeaten run away from home as well.

Considering these observations, as well as past h2h clashes, expect a win for Latvia this weekend at the Estadi Nacional.

Tips for Andorra vs Latvia