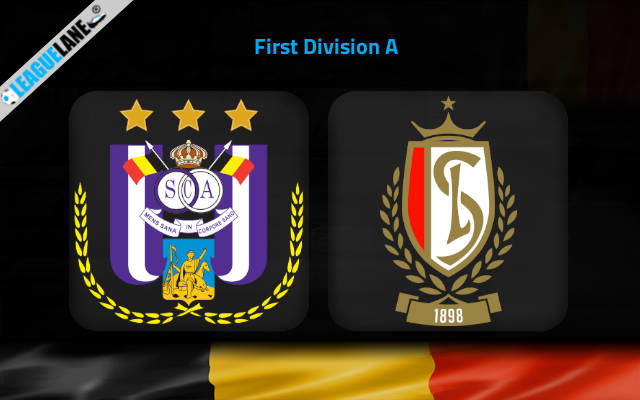 Anderlecht is at the third spot, in the zone for promotion to Championship Group and are on a 7 game unbeaten run in the league. Far down below is the Standard Liege who has recently lost 2 league fixtures. With 15 points apart and a previous win on the back, the hosts look forward for another victory at Lotto Park when inviting the guest this Sunday.

The Purple and Whites are at the 3rd spot on the standing with 38 points from 21 games. They won on 10 games in the league while drawing on 8 and losing only thrice other occasions. They have scored 50 in total while conceding a sum of 26 which is the second best in the league.

Anderlecht recently hammered Beerschot by 7-0 at the previous league fixture which marks their 7th unbeaten league run. They also won two club friendlies this year against Westerlo and Warengem by 5 goals in total.

On the other hand, Standard Liege resides far down below at the 15th position on the table with only 23 points. Of the 19 matches played, they won only 6 games while drawing on 5 and losing on 8 other occasions. Their total goals to conceding ratio stands at 22:31 which shows their deteriorating defensive structure.

The Reds lost the past 2 league fixtures against Leuven and Warengem conceding 3 goals in total. They were also kicked out of the Belgium Cup at Quarter finals by Gent before Christmas.

Anderlecht haven’t been able to stop scoring goals, finding the back of the net in each and every one of their last 6 matches. They have also amassed a sum of 22 during that time while letting in a total of only 4.

We expect a home win to happen this Sunday as the hosts are remarkable at home losing only 1 game out of the 10 home games played this season. Also the visitors are struggling at away schedules in addition to not being able to find a win on the past 6 h2hs.