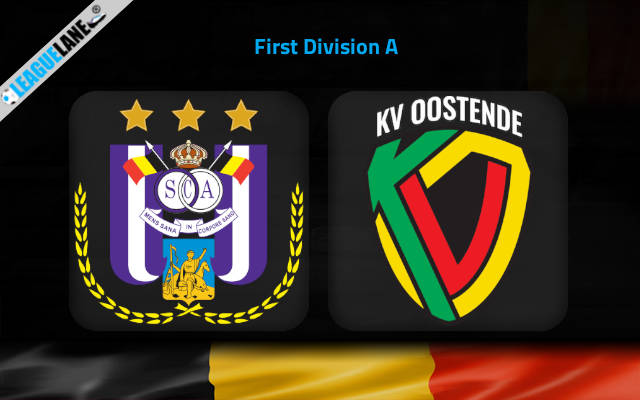 Anderlecht have been one of the best teams in the Belgian top flight for the last several years and even the last season they had secured a 3rd place finish. Meanwhile Oostende had finished in the bottom half of the table and had a surplus of just few points about the relegation cut-off.

Anderlecht had lost just 6 times all through their league campaign at it also needs to be noted that only the toppers had scored more goals than them in the entire competition.

Going on they have been performing at a very high level at home all through this stretch and in the process they have also found the back of the net in plenty.

They will be eager to start on a strong note right away and this time around they will be gunning for a top two finish.

Meanwhile Oostende were winless in 24 of their total 34 league games the last season and worryingly 17 of these were defeats. They had let in goals in plenty during this course and importantly they have been struggling on the road for a long time now.

In addition, they also have a poor head-to-head record against this opponent over the years and judging all these observations it is expected that we are about to witness a victory for Anderlecht this weekend.

On the other hand, Oostende were winless in 8th of their last 10 league games and they have a total of just 3 wins on the road since August of 2021.

Considering these observations as well as the head-to-head superiority of Anderlecht, expect a victory for them this Sunday.

Tips for Anderlecht vs Oostende