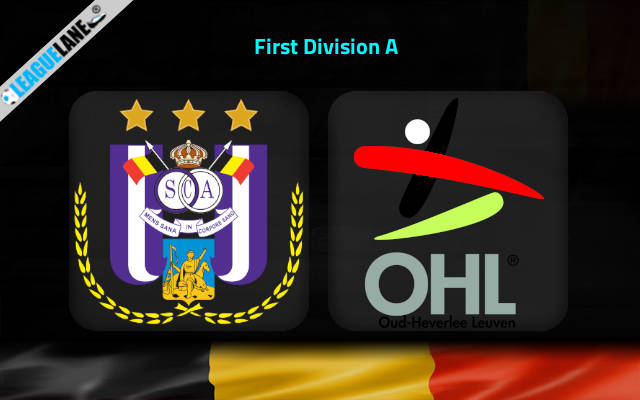 Anderlecht had an impressive form throughout the previous season and it seems that they have carried over the momentum. They will be determined to deliver their absolute best in order to extend their current winning streak.

Moreover, Anderlecht were one of the three outfits to score a total of more than 70 goals the past season. They displayed the same offensive potential in two of the previous three fixture scoring two or more goals in each.

Meanwhile, Leuven have been shambolic since the start of this season and were falling through the ranks of the league match by match. However, the club has delivered with convincing performances over the last fortnight.

Their most recent fixture ended 2-1 in their favor at home against 11th place team Oostende. The result marked back-to-back wins for the club.

Anderlecht, on the other side, will head into the fixture with just a defeat in over a month. Due to which the team have entered into the safe zone.

They dropped points against the reigning champions Union Saint-Gilloise on the road in their most recent fixture. The club will seek a possible way to return back to the winning ways.

The Purple & White’s impressive performance at home will be an advantage for the team when they play against Leuven in the upcoming match.

They have evaded a defeat consecutively in the previous two league match-days at home and have secured a victory. The average goals scored by them in the past four matches at this venue is over 2.5.

Considering their impressive head to head form against Leuven, we expect a high-scoring affair on Sunday with Anderlecht sealing a three pointer.