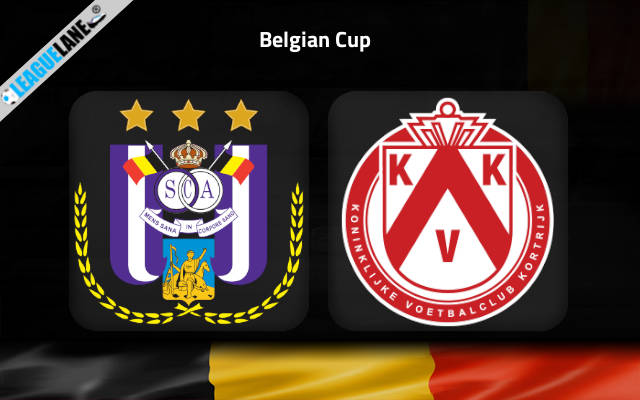 Anderlecht as well as Kortrijk are teams with prospects of a top-tier finish in the Belgian top flight this season. They are in great form at the moment, and are scoring goals at an impressive rate.

And this same trend can be seen in previous h2h encounters as well.

As these two squads battle it out for a spot in the next round of the Cup, expect fireworks on either side of the pitch. A high-scoring affair seems the likely outcome at the Lotto Park.

Anderlecht recorded a 2-2 draw the last match-day, against the Club Brugge, who are currently placed second in the league table. Going on, they had scored a total of 18 goals from their past six matches, and the last they lost a fixture at home was back in July.

On the other hand, Kortirjk had won four of their former five games, and they have a single defeat to their name from the past eleven fixtures.

They have also lost just thrice on the road since March, and have failed to score in an away game just once since August.

Taking into account these observations, expect a goal-fest this Thursday between these two in-form squads.

Tips for Anderlecht vs Kortrijk