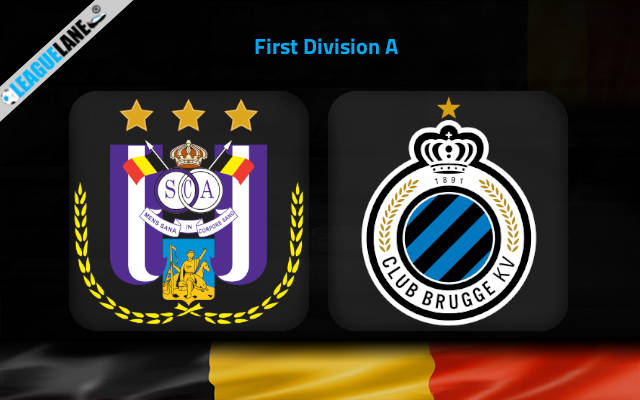 Club Brugge head to Lotto Park on Sunday for the Jupiler League clash with hosts Anderlecht.

Anderlecht’s current run is without any consistency to speak of. They are ninth in the points table with five wins and the same number of losses in 11 games.

But Bruges on the other hand have an offensive side with the same potential or a little better. However, both their defenses are currently in an equal form. Both teams have conceded 12 goals each in 11 games.

Anyway, Bruges are far ahead in terms of winning rate. They lost only 3 of the 11 games they have played so far in the season. However, their form has been a bit worrying of late.

By the looks of things, expect an interesting Jupiler League clash between these two on Sunday evening at Lotto Park.

Apart from their goal scoring an preventing similarities, the form of the two at the respective turfs also looks similar. Moreover, they both have not emerged victorious in the past six head to head clashes between each other.

It is not possible to back either of them when they are in an equal form in every stats mentioned above. Therefore, we expect this encounter to end in their usual score draw.