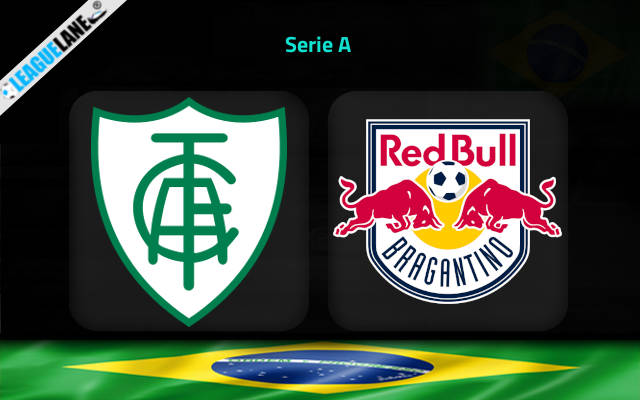 Both America and Bragantino have been struggling with problems in their defense the past several weeks and they have been letting in goals in huge numbers.

America are placed 15th in a table of 20 and have a surplus of just one point over the relegation cut-off as of now. They have won a total of just five times all through the campaign, and they have seldom kept clean sheets at this venue during the course of the season.

Meanwhile, Bragantino have conceded more goals than them and they are one of the very worst teams in road fixtures in the Brazilian top flight. In fact, they have managed a total of just one win all through the campaign in away games.

Moreover, goals have also come in plenty whenever these two teams have locked horns in the past.

On the other hand, Bragantino were winless in 13 of their past 16 overall games and in the process they had gone on two separate two-fixture losing streaks and a three-match losing stretch as well.

Taking into account these observations, as well as previous head-to-head scorecards, expect a high-scoring affair this Sunday between the two teams.