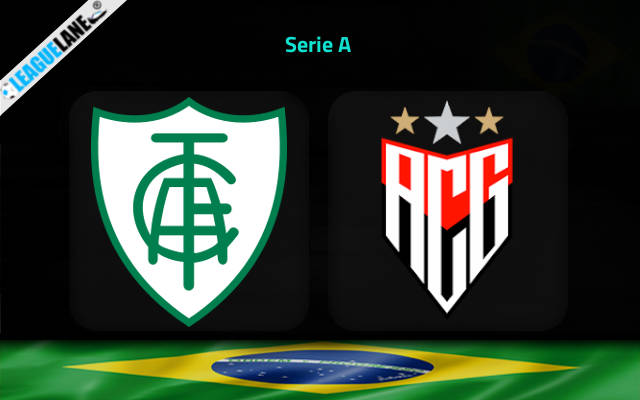 Atletico Goainiense are desperately looking for salvation points being just two above the red zone with seven games left to play. They have had a very tough schedule of late. The team lost three and drew one of the last four games as a consequence. The match against in-form America Mineiro will not be any easier for the out-of-form Atletico GO as we see them suffering yet another defeat on Wednesday.

America Mineiro will be looking to extend their winning streak on Wednesday evening when they play host to struggling Atletico Goianiense in the 33rd round of the Serie A.

The hosts won four of the last five league outings and could easily even join the battle for the top-six finish and a place in the Copa Libertadores next season.

The team led by Marquinhos Santos are currently only five points away from the sixth-placed Fortaleza.

They saw off Gremio 3-1 at home on Saturday in a match in which they allowed as many as 24 shots (but still conceded only one goal).

The story is completely opposite with Atletico GO who are not quite pulling up any trees these days.

They took only one point in the last four league affairs, without scoring a single goal in the process.

Atletico Goianiense have thus put their top-flight ambitions in jeopardize, being currently only two points above the danger area.