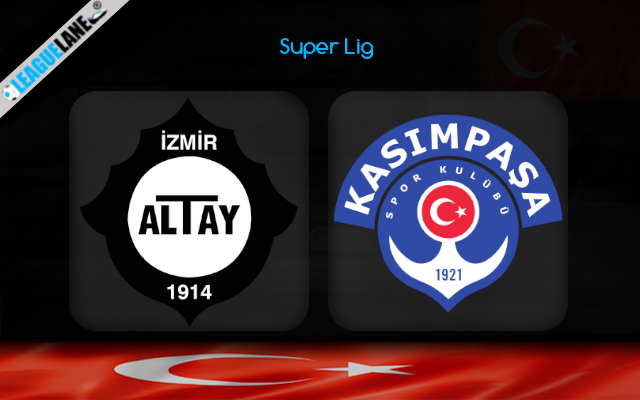 Altay have been following a disappointing form since the beginning of this season. Their poor run resulted in their positioning on the table. They are currently at the 18th spot of the table, inside the relegation zone. The hopes of securing themselves from facing relegation wont stand further.

Altay recorded a 2-1 defeat on road against Trabzonspor in their most recent league fixture. They were on the back of two subsequent unbeaten games in the league before recording the above defeat against the champions. However, they will be hoping for a positive display to wrap up this season.

Meanwhile, Kasimpasa have been going through a fluctuating form so far this season. Their perplexing form pushed them outside the top half top occupy the 12th spot of the table. They will be hoping to wind up this season with a positive display even if it wont help them in finding a safe spot.

Kasimpasa recorded a 2-4 defeat at home in their most recent league fixture against Antalyaspor. It was their second defeat in the past 5 league fixtures. Their strong positive recordings before the above two negative outings will be giving them enough of spirits for sure.

The home form of Altay is disappointing as they failed to record enough of positive displays this season. They are winless in 8 of the past 10 league fixtures at home.

Analyzing the above stats, we are left to back Kasimpasa to seal a win from their final Super Lig fixture scheduled on Saturday against Altay.